Mark Noble is confident West Ham will beat the challenge of the Maltese heat to progress into the Europa League third qualifying round - whilst back home the club have further strengthened their ranks.

Slaven Bilic has taken an experienced squad to face Birkirkara on Thursday with his side holding a slender 1-0 first-leg advantage. The new Hammers boss will also have been pleased to wrap up the loan signing of Argentinian midfielder Manuel Lanzini from United Arab Emirates club Al Jazira.

James Tomkins' injury-time winner spared the collective blushes of the Premier League outfit as they laboured against Birkirkara at Upton Park last week and the weather in Malta's capital Valletta is likely to mean another testing evening for the players.

But Noble believes they have enough about them to set-up a third qualifying tie with either Inverness or Romanian side Astra.

"It will be a challenge with the heat," Noble said.

"I don't think the game will be as quick was it was the other night because of the heat, but we're looking forward to it.

"Last Thursday was only our second game we've played in pre-season, so we're still unfit really and it was good to get the win. I know it was a late goal from 'Tonks', but they made it difficult for us.

"They were enthusiastic, they ran about a lot, but we got the win which was the most important thing and now we've got to go out there and try to finish the job."

Progression into the third round of qualifying would still mean the Hammers face four further matches to reach the Europa League group stages, having entered the competition at it's earliest phase through the Fair Play League.

But, despite the added strain, Noble insists West Ham are fully committed to their first European venture for almost a decade.

"It's the Europa League and we want to progress," he added.

"Hopefully we can go out there and come away with a win. We've had to take the games seriously from day one because of the Europa League.

"We've got six games in qualifying before the season starts, and that's going to be tough but we're looking forward to it." 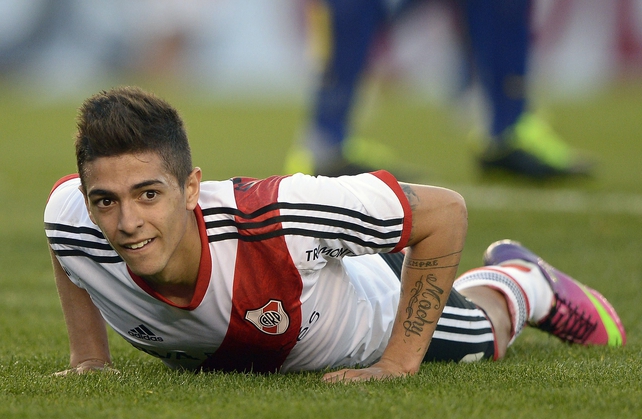 Meanwhile, 22-year-old Lanzini (above) penned a season-long loan spell at the club - taking the number of new recruits up to seven.

The former Argentina Under-20 international came through the youth system at River Plate and has recently been representing Al Jazira - scoring eight goals as the team finished second in the Arabian Gulf League last season.

"This is very emotional because it is one of the best teams I have ever signed for," Lanzini told West Ham TV.

"This is a new challenge for me and that can only help in the future. It will test my ability in one of the best leagues in the world, so I am looking forward to getting started.

"I am someone who always gives 100 per cent. I'm an attacking player, I can change the game's tempo and I hope to give my maximum for the fans to appreciate me."

When asked by a fan if West Ham's business was concluded with the Lanzini signing, Gold replied: "Ideally we need another striker, of course we do have (Diafra) Sakho, (Enner) Valencia, (Andy) Carroll and (Mauro) Zarate."