The 36-year-old, who has never played for a club outside Italy, has won four Serie A titles in a row at Juve since arriving from AC Milan in 2011.

The midfielder had one year left on his contract with the Turin giants, having helped them to their first domestic double since 1995 this season.

He told NYCFC.com "I have been wanting this experience for a long time and now that the opportunity materialised I wanted to take it. This is a club on the rise and shares my same hunger to achieve important results in the league. I am hoping to win.

"I had several opportunities to play outside of Italy, but I never had a doubt in picking New York for the enthusiasm of the people that come watch the team.

"I met with the coach, Jason Kreis, and he gave me a fantastic impression of the club. He has well-defined ideas in mind, and I am sure we will get on well and create a good relationship to train well and try to win together."

The mercurial midfielder will be much missed in Turin after helping the club return to the top table of football in Italy and Europe.

A Juve statement said "his visionary passing, pinpoint assists, spectacular goals and masterful free-kicks have been instrumental in the club's continued rise.

"Despite his 164 appearances, 19 goals (15 of which were free-kicks) 35 assists and seven trophies, Pirlo is a player - a man - who could never be summed up with mere statistics.

"Pirlo is silent charisma, the steadying hand in the middle of the park, the dummy that undoes the opposition defence. He's that unexpected ball that splits the game wide open, the lofted pass that brings a team to its knees. 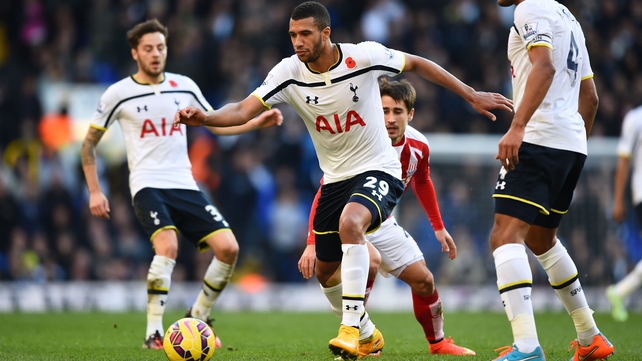 Watford have announced the signing of midfielder Etienne Capoue from Tottenham for a club-record fee.

The 26-year-old has penned a four-year contract with the Premier League new boys, and is now set to join up with the Hornets for pre-season training.

Capoue made 24 league appearances for Spurs after arriving at White Hart Lane in 2013 from French side Toulouse.

He struggled to hold down a regular starting spot and is out of favour with Tottenham manager Mauricio Pochettino.

He was also linked with a move away in the January transfer window but potential reported deals fell through.

The midfielder made almost 200 first-team appearances for Toulouse after progressing through the youth ranks at the French club, and was nominated for Ligue 1's young player of the year award in 2013.

Capoue has featured seven times for his country since being handed a senior international debut in a friendly against Uruguay in August 2012.

He has scored once for Les Bleus, in a 3-1 World Cup qualifying win over Belarus.

Watford have also been heavily linked with a move for another Frenchman from Spurs - Benjamin Stambouli - but so far there has been no update on apparent negotiations.

The Algerian has signed a new five-year contract, committing himself to the north London club until 2020.

The 20-year-old joined the club as a trialist in September 2011 before graduating from the club's academy two years later, making his first-team debut at Southampton in December 2013.

He made 20 appearances in the 2013-14 season but it was last term where Bentaleb made his mark with a series of all-action displays. 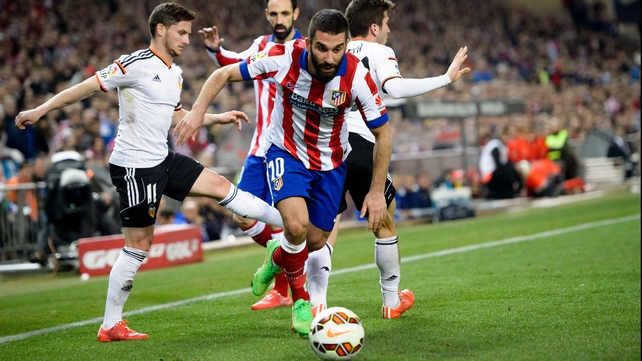 Barcelona have signed Turkey captain Arda Turan on a five-year contract from Atletico Madrid for an initial fee of €34million.

The 28-year-old midfielder was reportedly the target of Barclays Premier League champions Chelsea, but instead swaps Atletico for treble-winners Barca.

The former Galatasaray player will not be able to play an official game for Barcelona until January 2016 due to a transfer ban imposed by FIFA for breaching rules over the signings of underage players.