Ireland striker Kevin Doyle scored his first MLS goal as Colorado Rapids caused an upset in the Western Conference with a 2-1 home win over Vancouver Whitecaps.

The former Reading and Wolves forward headed the winner against the joint conference leaders in the 56th minute.

The 31-year-old said: "It was a good ball into the box. I had to generate some power and thankfully it went in off the post.

"The last two or three games, we've had so many good opportunities and they just didn't seem to go in. That bit of luck went our way, which we needed. To turn our season around, we needed that bit of luck.

"It was important, such a big day in America, being the Fourth of July.

"I was told of this game in February when I came to look around, how big a day this was for the club every year. I'm just glad we could get a win for the fans because they've been waiting a while for that."

Meanwhile, Los Angeles Galaxy introduced new signing Steven Gerrard to their crowd on Independence Day - but Robbie Keane reasserted his star billing with a hat-trick in a 4-0 win over Toronto FC.

An early penalty from Keane opened the scoring and he struck again four minutes before a half-time interval during which Gerrard was presented on the field and told the crowd: "I can't wait to get my boots on and play in front of you guys."

He will be eligible to do that from 18 July, and the long-serving former Liverpool and England captain will do so targeting silverware in MLS.

"I've been in Liverpool all my life," he said. "But this is a good place for me to come and enjoy my football, and hopefully add a trophy to my collection."

Keane, not to be upstaged, completed his hat-trick on the hour helped by a woeful back-pass before Sebastian Lletget added a late fourth. 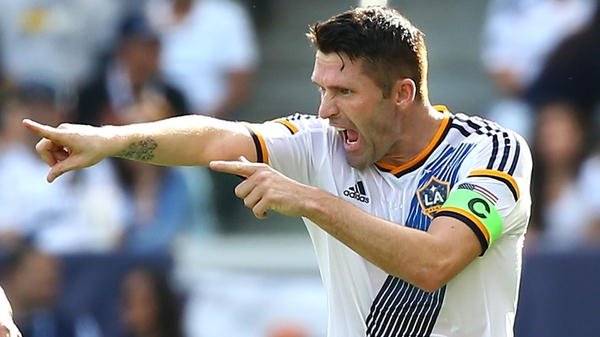