Shay Given has suggested that Ireland need “big players in big games” ahead of their crunch Euro 2016 qualifier against Scotland on Saturday (5pm, live on RTÉ2).

Ireland go into the game in fourth place in Group D, one behind the Scots, and it is a must-win clash for Martin O’Neill’s men.

Given, who returned from international retirement last year and is competing for a starting position for the game and has enjoyed impressive recent form with his club, Aston Villa, said Ireland were well positioned with a blend of experience and youth.

“The team is not picked yet,” Given told RTÉ Sport, though he made clear how keen he was to start.

“I’ve been involved a long number of years and played in a lot of big games in the past. Sometimes it’s about big players in big games. [Players] who have been there before, perhaps, and done it.

“Sometimes you just need a coolness on the pitch and sometimes you see that pass, or you make a save or a defender like John O’Shea gets a great block or a header, just key moments in the games, and they can turn a game really quickly or someone like Robbie Keane can get us that all-important goal.”

However, he also hailed the hunger brought by the less experienced players in the Ireland set-up.

“We have got some good young players in the squad as well and players who can cause them problems and they are all raring to qualify for a major tournament, of course, as they have not been there before.

"I probably have to work harder now than I did ten years ago. But come matchday, I don’t feel any different"

Ireland were undone in the return fixture for this game last November by an impressive goal from Shaun Maloney from a set-piece move, and Given stressed that they would need to be wary of Scotland’s pre-arranged tactics.

“But it was something that they worked on, of course, so we’ll have to be clued in on Saturday as well because I am sure they will have a few more set plays up their sleeve.”

39-year-old Given will be hoping to win his 130th cap in the game, and admitted that he had had to alter his approach as he entered the latter stages of his career.

“I have to do a bit more work than what I had to do ten years ago,” he said.

"So I probably have to work harder now than I did ten years ago. But come matchday, I don’t feel any different, to be honest. I feel the same, so long may it continue.” 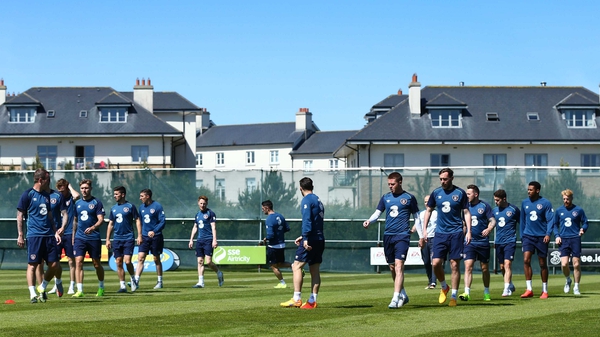