Former France coach Raymond Domenech has said that Irish players should demand a share of the €5m that the FAI accepted from FIFA after missing out on the 2010 World Cup.

Domenech was in charge of the French team who beat the Republic Ireland after Thierry Henry's handball in a World Cup play-off in November 2009 and has previously declared that it was his dream to manage the Irish national team.

"If I was an Irish player, I'd be outraged by this news," Domenech told French broadcaster Europe1. "It's not possible that they have sacrificed the possibility of recourse and playing in the World Cup for €5m.

"I hope now that the Irish players reclaim part of the money. It was their qualification that they were playing for. It's unacceptable that they have sacrificed this for money."

Meanwhile, the payment has been condemned as "a joke" by the head of German football.

Wolfgang Niersbach, the president of the German football federation and a FIFA executive committee member, spoke out, telling German television station ZDF: "It is a joke that they paid this money out to stop the Irish taking them in front of court." 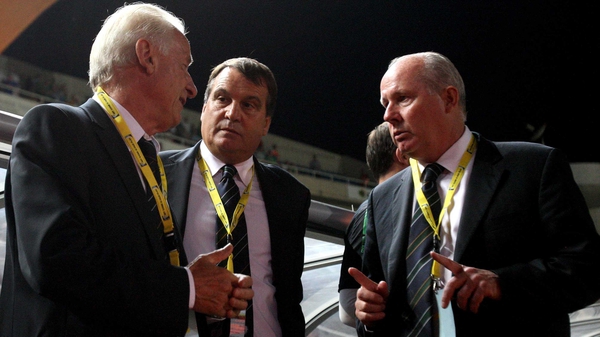