1984 will not go down as a great year for either popular fashion trends or Limerick football.

The Munster side would play their final game at their home stadium the Markets Field, while those who graced the terraces on that fateful day in April were most likely decked head-to-toe in some combination of the recently invented and hideous stone-washed denim.

Jump forward 31 years to a mid-season game against a mid-table team, Drogheda United, with the hosts languishing at the bottom of the league table following a brutal opening to their campaign.

But that lowly league position will be put on hold, for a while at least, as an evening of celebration will commence when Limerick run out for a league fixture for the first time in over three decades at the spiritual home of football in the city, the Markets Field.

The journey has been long, with many a winding turn, but recent years have seen a resurgence in the club’s fortunes thanks to hard work, buckets of goodwill and the investment of a philanthropic chairman.

Thirty-one years is a long time to be on the road; a football club living a near nomadic existence tested even the most hardened of Limerick supporters. But such paths appear to be part and parcel of this oft-mocked 'greatest league in the world' as Cork City and Shamrock Rovers fans can testify.

Cork played the merry-go-round of Rebel stadia in the 1990s, while Shamrock Rovers lived through many a false dawn and shattered dream on their 22-year road trip from Milltown to Tallaght.

A generation and more has passed since the Markets Field side secured league titles and created local legends, with Andy McEvoy, Kevin Fitzpatrick, Eoin Hand, Miah Dennehy, Al Finucane and Tony Ward (below) just a small sample of the household names to don the famous blue jersey. 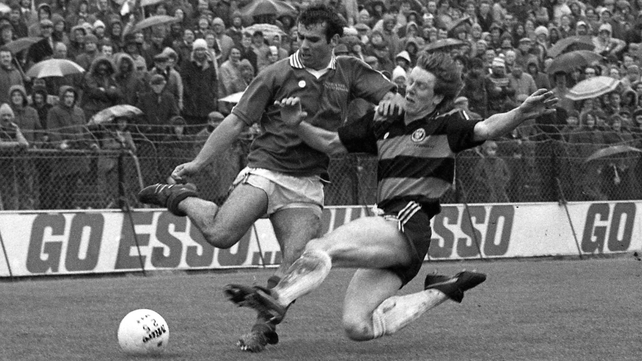 Limerick landed their first league title in 1960 and secured the FAI Cup for the first time in 1971.

But the real glory years arrived shortly after the appointment of Eoin Hand as manager in 1979, and the league title was won in his opening season, which set up a European Cup clash with Real Madrid.

The Markets Field missed out on a visit from the Spanish aristocrats as the match was played at Lansdowne Road, however the good times remained for another two seasons as more European football was secured through a league runners-up spot and another FAI Cup victory.

Kevin Keegan and a Southampton side full of quality were next up on the European front and this time the game was played at home, where the English outfit were put through their paces by an unfazed local side.

Limerick were hit by three late goals in the first leg but proved their quality in a 1-1 return leg at the Dell.

AZ Alkmaar of the Netherlands were drawn the following season and Limerick were unlucky to get knocked out on a 2-1 aggregate, following a 1-1 draw at the Markets Field.

A trip to the high court and an ownership battle proved the beginning of the end of the Markets Field tenure as the club would soon move to Rathbane, and the moniker switched from United to City.

The hiatus began and despite the odd flash of glamour in the guise of former Northern Ireland international and World Cup star Billy Hamilton and an up-and-coming Sam Allardyce, it proved a turbulent 20-odd years, with more ownership, name and ground changes as off-field matters proved more newsworthy than what was happening on the pitch. 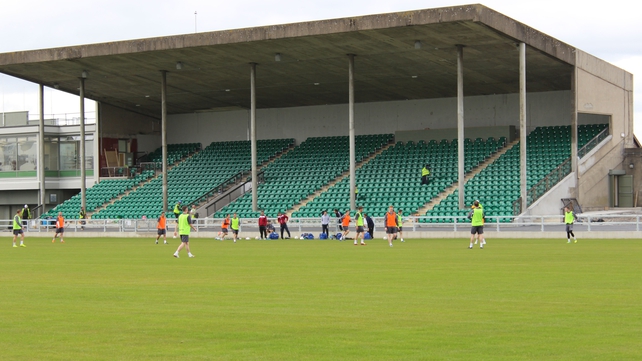 But stability has arrived in recent years and under the chairmanship of Pat O’Sullivan, there has been substantial investment in the club, with the creation of an academy focusing on the underage structure as well as the return of the club to the Markets Field.

The O’Sullivans reduced their funding at the start of this season and perhaps this is reflected in the club’s current league predicament, however it is now time for Limerick to stand on its own two feet and become a commercially viable community-based club.

The return to the Markets Field will certainly help the club’s coffers and a certain amount of goodwill should see attendances increase significantly in the near future as Martin Russell looks to drag his side back up the table and avoid relegation.

The coming the coming weeks and months will also determine whether or not there is an appetite for senior football in a place that prides itself as being a sports-loving city.

The stadium was nowhere near ready for the start of the league campaign in March but, if the work that has gone into the pitch and the facilities over the past two months is an indicator of the appetite for success, this homecoming could prove to be more than just a nostalgia night and be the start of something special.

It all starts at 7:45pm, and while the league fixture is certainly overshadowed by the significance of the Markets Field return, Limerick could certainly do with the three points. 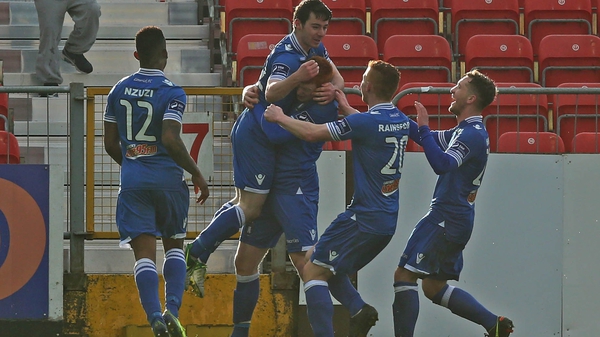