Four days after being re-elected for a fifth term, Sepp Blatter announced his resignation as president of FIFA.

Here is a review of the scandal which has engulfed world football's governing body in recent years.

December 2010: Russia is awarded the 2018 World Cup and Qatar gets the 2022 hosting rights, days after the BBC broadcasts a Panorama expose of FIFA. 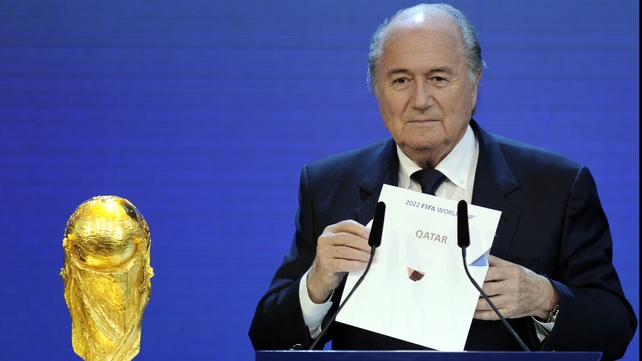 May 2011: FIFA suspends presidential candidate Mohamed Bin Hammam and vice-president Jack Warner pending an investigation into claims they offered financial incentives to members of the Caribbean Football Union. It drops a complaint against Blatter.

The Qatar 2022 team deny any wrongdoing with their winning bid, saying their name has been "dragged through the mud for no reason".

June 2011: Bin Hammam is found guilty of bribery and banned from all international and national football activity for life. Warner escapes investigation after resigning from his position.

July 2012: FIFA commissions a report into allegations of corruption in world football which is led by former US attorney and newly appointed head of FIFA'S ethics committee Michael Garcia.

June 2014: The Sunday Times reports it has received "hundreds of millions" of documents which it claims reveal that disgraced former FIFA executive committee member Bin Hammam had made payments to football officials in return for votes for Qatar.

September 2014: Garcia completes his 430-page report into corruption allegations and sends it to FIFA.

November 2014: Hans-Joachim Eckert, chairman of the adjudicatory chamber of FIFA's independent ethics committee, publishes a 42-page summary of Garcia's investigation, effectively confirming Russia and Qatar as World Cup hosts after finding breaches by them were "of very limited scope".

FIFA lodges a criminal complaint with the Swiss attorney general over "possible misconduct" by individuals but insists the investigation into the bidding process for the two World Cups is concluded. Garcia calls the summary "incomplete and erroneous" and launches an appeal against it. 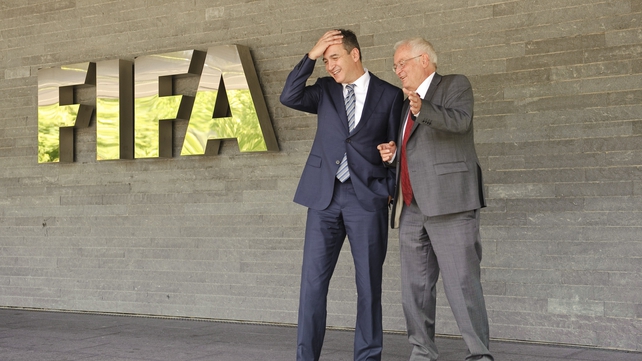 December 2014: Garcia loses his appeal against Eckert's review of his report and resigns as FIFA's independent ethics investigator, criticising FIFA's "lack of leadership" and saying he cannot change the culture of the world governing body.

FIFA executives agree to publish a "legally appropriate version" of the report. This has yet to happen.

May 2015: Seven FIFA officials are arrested in dawn raids at a hotel in Zurich. They are later charged by US authorities along with two other FIFA officials and five corporate executives over allegations of racketeering, wire fraud and money laundering conspiracies spanning 24 years. They are accused of breeding decades of "rampant, systemic, and deep-rooted" corruption within FIFA by the US justice department.

The Swiss authorities raid FIFA headquarters, gathering data and documents for their separate investigation into allegations of criminal mismanagement and money laundering in connection with the allocation of the 2018 and 2022 World Cup bids.

A bomb threat is made at FIFA's congress in Zurich, while two pro-Palestine demonstrators are ejected.

The UK’s Serious Fraud Office says it is actively assessing "material in its possession" relating to the FIFA corruption allegations revealed by the FBI.

Blatter is re-elected as FIFA president for a fifth term after his challenger, Prince Ali Bin Al Hussein, withdraws during a second round of voting.

Blatter announces he is to resign as FIFA president.