Former Liverpool midfielder Ray Houghton thinks the time has come to cash in on Raheem Sterling amid reports that the winger has told Reds boss Brendan Rodgers that he wants out.

Sterling, 20, has two years left on his contract but is believed to be eager to continue his career away from Anfield.

Manchester City, league champions in 2012 and 2014, and Arsenal have been linked with the Jamaica-born England international.

“I’d let him go, personally,” Houghton told RTÉ Sport. “I mean he’s no [Luis] Suarez, is he; he’s no Stevie [Gerrard]. He’s a player who has got potential, he’s not realised that yet.

“We don’t know what he’s going to be like in the next couple of years. Is his head going to be turned by the money?

“He hasn’t done it, he’s been in the game about two minutes. Yet here he is, because he’s got potential and because he’s English, playing in the English Premier League, he’s been offered an unbelievable amount of money.

“If Liverpool can get £40-45million for him, I would take it and I would invest it in other areas. They need some defenders, they need some central midfielders and they certainly need an attacker.

“There needs to be an overhaul with Liverpool. This season hasn’t been as good as it could have been.

“I think Brendan Rodgers, if he’s going to stay in charge, needs to go out and really do well in the transfer market because the last couple of years haven’t been very good.”

“If Liverpool can get £40-45million for him, I would take it and I would invest it in other areas"

And the ex-Ireland international is critical of the way Sterling’s camp, said to have turned down a £100,000 per week contract, have dealt with the situation.

“What he did say earlier on was that he was going to wait until the end of the season before he has any transfer discussions with the manager,” said Houghton, who won two league and two FA Cup titles during his time at the club.

“Here we are with one game to go and he’s come out and said what he has and what this week is all going to be about now is Raheem Sterling and Brendan has to deal with it once again.

“I don’t know why he didn’t wait and I think he’s been badly advised by his agent.

“They should have waited till the end of the season, wait for everything to defuse, then go in and sit down and give the reason why he feels he has to move on.

"I think people would have been more accepting of it in that way.”

Meanwhile Sterling's agent Aidy Ward appeared to row back somewhat from claims that the player would demand to leave Liverpool in the summer.

Ward told Talksport: "The story has been blown somewhat out of proportion. Raheem and his representatives have a meeting scheduled with Liverpool later this week, and we will take proceedings from there." 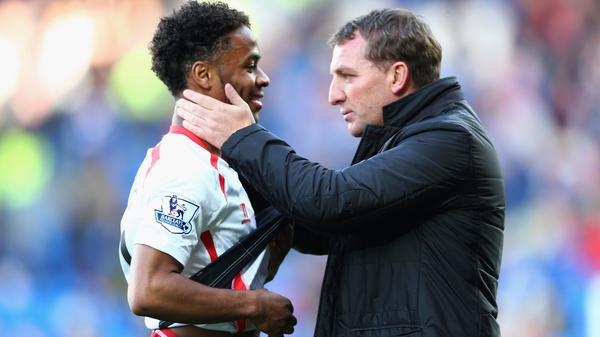