Louis van Gaal says Manchester United have drawn up a list of potential replacements for David de Gea in case he decides to leave for Real Madrid.

United executive vice-chairman Ed Woodward confirmed this week that the club will be "active" in the transfer market this summer, but perhaps the most important task is persuading De Gea to extend his contract, which runs out at the end of next season.

The Spaniard is expected to win United's player of the season award for the second year running and United opened contract negotiations earlier this season but they are taking "a long time", said Van Gaal.

Madrid's interest is sure to increase as negotiations drag on and Van Gaal has been forced to contemplate his next move if the former Atletico Madrid man decides he wants to head back to the Spanish capital, where his pop star girlfriend Edurne Garcia lives.

"When we have a very good scouting commission, then we shall already know who shall be the next goalkeeper," the United manager said.

"We also have a list of goalkeepers who can replace him because we have to be organised always. Not only for that position but for every position."

That does not mean Van Gaal is resigned to losing a player who has saved him so many points this season.

"We want him to stay and I hope he shall sign," Van Gaal said.
"The most important party is always the player. He has to sign, he has to want to stay here at Manchester United."

Van Gaal spent more than £150million on seven players this season, but he will be seeking new signings this summer too.

The Dutchman has made a dynamic midfielder his priority as Michael Carrick is in the twilight of his career. Reinforcements at the back and up front are required too.

It was suggested that Van Gaal could spend upwards of £100million on Tottenham striker Harry Kane and Real Madrid star Gareth Bale, but the former Bayern Munich coach was in no mood to discuss the pair at his weekly press conference on Friday.

"You can mention a lot of names, I have seen that I buy everyone in the world but it's not like that," the United manager said.

Kane has scored 30 goals this season - one more than United's four strikers combined - so it is easy to see why the 21-year-old would be a target for the 20-time English champions.

Press Association Sport understands Spurs will resist any bids for the England international - and they have ruled out the possibility of selling goalkeeper Hugo Lloris, who has been mentioned as a possible replacement for De Gea along with Stoke's Asmir Begovic.

Bale has had a difficult second year in Spain, but sources close to the Welshman insist he is staying put. 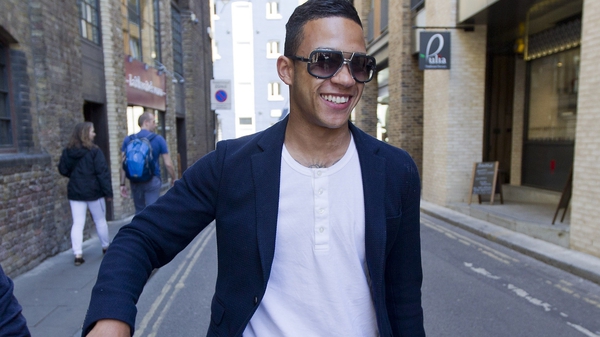