Jack Grealish is being insulted by Martin O’Neill and will not play for Ireland until O’Neill and his assistant manager Roy Keane change their approach, according to RTÉ Soccer analyst Eamon Dunphy.

The international intentions of talented Villa midfielder have long been a source of much discussion. Yet to receive a senior international cap, he and his father have indicated that he will return to play for Ireland’s U21s in September.

After an impressive season with Villa, in which he played his way into the first team and announced his talent on the big stage at Wembley in the FA Cup semi-final win over Liverpool, Grealish is hot property.

However, relations with the Irish management set-up have not always been straightforward, with Keane making comments last November that were perceived as critical of Grealish’s father, and O’Neill suggesting Ireland’s Euro 2016 qualifier against Scotland would be “too big” for the 19-year-old.

With O’Neill due to announce an extended squad on Tuesday for that Scotland game, and the friendly against England on 7 June, all eyes will be on whether he changes his outlook and selects Grealish.

Speaking to RTÉ Sport, Dunphy took issue with the approach of O’Neill and Keane, and warned they were insulting Grealish.

Asked why he thought O’Neill was not doing everything in his power to get a cap for Grealish, Dunphy said: “He’s actually insulting him. I mean, he said the Scotland match would be too big for him.

“And two days later, Grealish was the most important figure in the FA Cup semi-final at Wembley [Aston Villa’s win over Liverpool].”

“Keane also had a go at his father, at Jack Grealish’s father, saying he was high maintenance and all of that stuff,” he said. “It’s hugely irresponsible.

“I’ve written about it before, I’ve said it before: that primarily O’Neill, but Keane also, they should be hunting out our players that are qualified for us. And this is a classic example.

“And to be blathering on at press conferences about the players, when he’s not present, shows such disrespect, to any player, never one who’s been a seminal figure in a Wembley FA Cup semi-final, and in a relegation fight; to be doing that, and saying the Scotland game would be too big for him?

“If people think they are too big to manage the Irish team [...] if we don’t qualify, I hope they’re judged very, very harshly"

Dunphy predicted that Grealish would not turn out for Ireland “if Keane is making snide comments about his father and Martin O’Neill is saying the Scotland game will be too big for him.”

Dunphy said it was incumbent on the Irish manager to find Irish-qualified players, and, without naming individuals, said that if egos were an element in a reluctance to do this, this should not be tolerated.

“If people think they are too big to manage the Irish team, and they, and their egos, are more important than doing the job they’re getting a million quid a year to do, well then when or if we don’t qualify, I hope they’re judged very, very harshly.”

He contrasted what he saw as deficient approach of recent Ireland managers to secure the services of overseas-born Irish-qualified players with a previous regime.

“I was thinking of Jack Charlton there,” he said. “He was 80 on Friday: and Jack was brilliant. He got Ray Houghton, John Aldridge and others, loads of others – Kevin Sheedy and all of those people.

“The last two regimes [were poor] – the Trapattoni regime was hopeless at that, didn’t bother.

“We could have had Harry Kane, you know: he was in Tottenham’s reserves this time last year, and if you’d have offered him a cap he’d have jumped at it. Jack Grealish, could easily have been capped in the game against Gibraltar.” 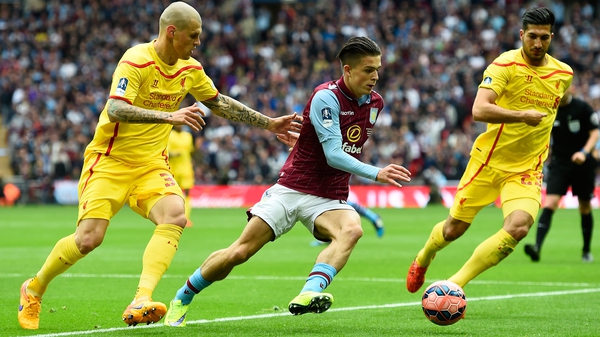