Ireland have suffered their first defeat at the UEFA Under17 Championship as they were beaten 2-0 by Italy at the Stara Zagora in Bulgaria.

The Irish youngsters dominated possession throughout the game but were unable to break down a solid Italian defence, while the Azzurri took their chances with a goal in either half to take all three points.

Italy opened the scoring in the tenth minute as Simone Lo Faso was given too much space in the box and had time to skip past three Ireland defenders and smash the ball home, high into the back of the net, with keeper Caoimhin Kelleher having no chance of stopping it.

Ireland bounced back with plenty of excellent passing moves through the Italian midfield with Connor Ronan (pictured below) particularly impressive.

Trevor Clarke and Jamie Aherne also looked lively in and around the penalty box, however, the Italian keeper, who was doing an excellent job sweeping up behind his defence, was rarely tested.

Clarke had a chance to get Ireland back on level terms in the 36th minute after some excellent link-up play with Ronan but his low shot failed to test the keeper. 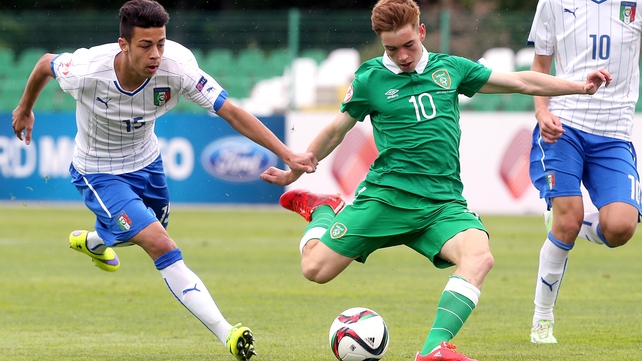 Ireland's best chance of the game fell at the feet of Aherne early in the second half as the Lucan United striker made some space for the shot but his left-footed effort was dragged across the face of the goal.

And Ireland's pressure nearly paid off in the 52nd minute as substitute Joshua Barrett almost made an immediate impact just three minutes after coming on for Zachary Elbouzedi.

Ronan lifted a sublime ball over the Italian defence, right into the path of the arriving Barrett, but his first touch was a little heavy and was smothered by the impressive Donnarumma who prevented the striker getting in on goal.

And just four minutes later, the Italians put the tie beyond doubt as substitute Simone Mazzocchi was on hand to swivel and shoot home from the edge of the box.

It was a hammer blow for the Irish who made it easy for their esteemed opponents as Corey O'Keeffe failed to clear a dropping ball and his sliced mis-hit landed at the feet of Lo Faso, whose square pass was capitalised on by Mazzocchi.

The Irish challenge petered out after the second goal and Tom Mohan's side will now have to beat England and hope results go their way in the other group games to have a chance to progress to the quarter-finals. 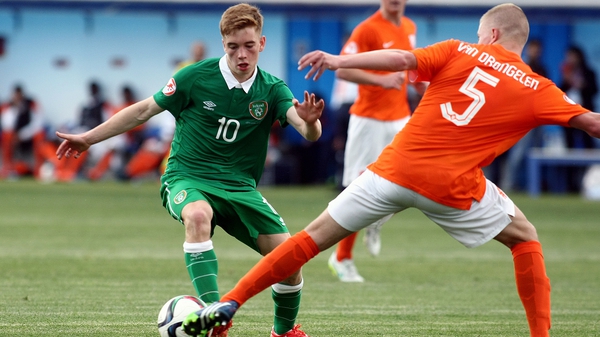