Mikey Drennan scored his seventh goal in eight league games to give Shamrock Rovers a laboured win over Drogheda United at Tallaght Stadium.

In an uninspiring game, Drennan struck for its only goal on 19 minutes when finishing off a cross from Brandon Miele.

Unbeaten Rovers go second in the Premier Division table - until Monday at least - while it is just two points now from the last 27 on offer for Drogheda.

Having felt his side had frustrated top sides Dundalk, Cork City and St Patrick’s Athletic - despite taking just one point from the three games - Drogheda boss John McDonnell said ahead of their trip to Dublin 24 that they set up better against the stronger teams in the league.

Holding their shape, defending well while striking on the counter-attack and from set-pieces.

And McDonnell rang the changes from what he described as their worst display of the season in losing 3-0 at home to Longford Town last week, though Sean Thornton and Daryl Kavanagh, the most notable absentees, were suspended and ill respectively.

Following his goal when coming off the bench at Limerick in salvaging a point last time out, Miele got his second start of the season for Rovers.

Keith Fahey’s weak shot from a Drennan cross was comfortable for Drogheda keeper Micheal Schlingermann in the game’s first chance on five minutes.

McDonnell’s side had come to play, though, and they created a decent opening three minutes later, Carl Walshe shooting into the side-netting after good approach play from Mark Hughes and Sean Brennan.

A fine diagonal ball from Simon Madden stretched Drogheda minutes later with Alan Byrne getting back well to deflect Drennan’s shot out for a corner.

From that delivery by Fahey, the unmarked David O’Connor might have done better than head wide.

That may have been a bad miss, but dreadful defending gifted Rovers the lead on 19 minutes.

Miele’s innocuous cross in from the right was attacked by no defender, while Schlingerman failed to gather, leaving Drennan with a simple tap-in.

Drogheda skipper Mick Daly needed to put in a vital block on a Fahey shot, while Drennan showed good feet before shooting wide as Rovers remained on top.

Despite that, they were coughing up openings at the other end, as Brennan ought to have done better than fire over the top on a couple of occasions.

Doubtless with a few choice words from manager Pat Fenlon ringing in their ears from the interval, there, initially at least, looked to be more impetus about Rovers on the resumption.

Despite their endeavours, the chances were slow to materialise. Miele had a shot blocked away by Joe Gorman while Drennan blazed over the top.

In truth, it was pretty dreadful fare throughout the second half.
The first big noise from the home fans didn't come until the 77th minute when Schlingermann appeared to handle the ball outside the area, though referee Sean Grant didn't agree.

The home faithful almost had some late cheer as the impressive Miele’s 90th minute shot with the outside of his right foot cannoned back off the crossbar. 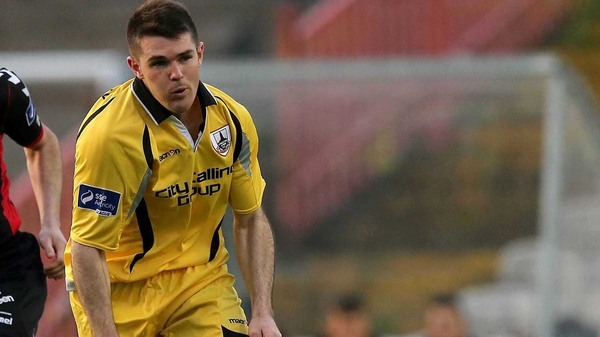