Jose Mourinho, manager of champions elect Chelsea, has a deep-seated insecurity and traits of a bully, according to former Millwall player Eamon Dunphy.

A 0-0 draw at Arsenal on Sunday has put the Blues within touching distance of the Premier League crown and Mourinho has rejected claims that his team are boring.

The former Real Madrid manager, in his second spell at Stamford Bridge, has nurtured a siege mentality, which has resulted in the London side’s failure to endear themselves to neutral fans.

RTÉ Soccer analyst Dunphy puts this down to their history and Mourinho’s personality.

He told RTÉ Sport: “I watched [Chelsea captain] John Terry and the players after the match and John Terry turned to the Arsenal fans and he very vividly said, ‘F you!’

“I understand this, for this reason: Chelsea has never been, until this era, a club of any consequence. They won the league in 1954/55 and that was it. There were always like Fulham or something.

"He used to worship Alex Ferguson but that’s cos Ferguson was the biggest boy in the school yard. So he has those classic things that a bully has"

“They’ve no real roots and they feel like they’re outsiders who have broken through. And I think that would be very much in John Terry’s mentality.

“Mourinho has never played [at the highest level]. He is known in Barcelona as the interpreter ‘cos that’s how he got into the game, as an interpreter for Bobby Robson.

“There’s insecurity in the club and in Mourinho. Now this is their pay-off, they’re just winning; they don’t care [how].

“Mourinho is a fascinating guy in many respects but he has no sense of graciousness and he has no love to play the beautiful game – he wants to win and I think that's because of a basic deep insecurity he has.

“He certainly has been disrespectful, not just of Arsene Wenger – he was disrespectful of [former Barcelona managers] Pep Guardiola, Tito Vilanova and lots of people.

"He used to worship Alex Ferguson but that’s because Ferguson was the biggest boy in the school yard. So he has those classic things that a bully has.” 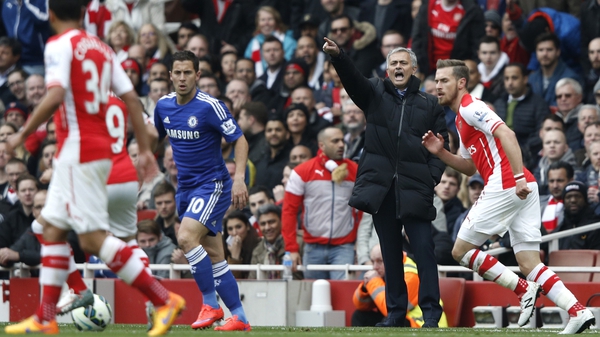