The 28-year-old Barcelona striker swapped Anfield for the Nou Camp in July last year in a £75million switch with his eyes firmly set on silverware.

"That's a plus here, as the clubs I've played for before didn't really have the chance to win big [European] trophies - maybe a domestic league or cup.

"Playing in a team like this, where all the players want to win every match and everything, that is a sign that it's all about silverware - whether it's the Champions League, the Liga or whichever trophy's available. We have a chance of making the final."

Suarez's link-up with Daniel Sturridge was a major factor in Liverpool's second-place Premier League finish last season, but he has adapted quickly to the task slotting into a star-studded squad in which Lionel Messi and Neymar are even bigger names.

He said: "It is about adapting to the way they play and the moves they make, and trying to make things easier for them.

"They are incredible players, but you work to support the team regardless of who is playing that day. Everybody feels comfortable in their role of helping Messi and Neymar play their best game."

Former Ajax frontman Suarez and his team-mates will hope to do just that at the Parc des Princes as PSG and Barca meet for the third time this season.

Both sides emerged from Group F with the Catalan giants enjoying a two-point advantage over the French outfit, although honours were even after their head-to-head encounters.

Blaise Matuidi's strike ultimately proved decisive in Paris in September last year as the home side ran out 3-2 winners, although Barca gained revenge in December with Messi, Neymar and Suarez all on target in a 3-1 victory after Zlatan Ibrahimovic had given the visitors a 15th-minute lead.

On this occasion, both clubs will be disrupted by suspension with PSG having to do without banned trio Ibrahimovic - who was sent off during the 2-2 draw at Chelsea last month - Marco Verratti and Serge Aurier, while Dani Alves will be missing for the Primera Division side. 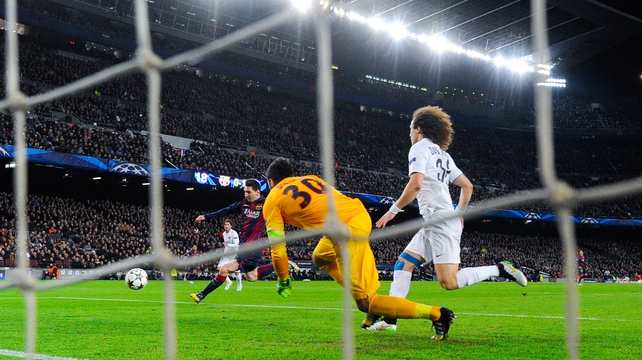 In addition, David Luiz will sit out and Thiago Motta is a major doubt for the home side, while Barca will be unable to call upon defender Thomas Vermaelen, with all three recovering from thigh injuries.

PSG coach Laurent Blanc revealed that it would take "a small miracle" for Motta to be available for the game, although he admitted both he and Luiz are on the mend.

Blanc told www.lequipe.fr: "When we saw what happened out there against Marseille 10 days ago, we thought it was a pretty serious injury. It is less than expected. It's good news, as it is with David Luiz, whose down-time is shorter than expected." 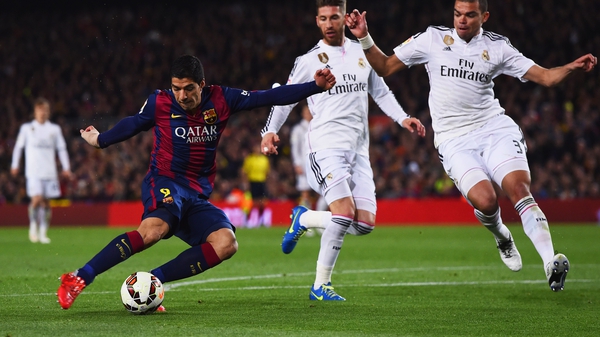