Former Republic of Ireland international Gary Waddock has been appointed caretaker manager of Portsmouth until the end of the season.

He previously had spells as manager of QPR, Aldershot and Wycombe.

Saturday's 3-1 defeat at Morecambe was the final straw for the Fratton Park board, with Pompey having won just twice in their last 10 league matches.

Portsmouth have said the decision was made by mutual consent, and that the 42-year-old former Pompey defender could yet stay on at the club in another capacity. 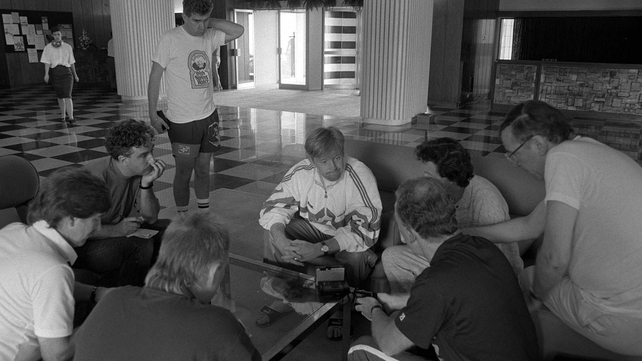 "After a meeting on Monday morning with chairman Iain McInnes and chief executive Mark Catlin, the decision was taken for him to step down with immediate effect.

"The club would like to place on record their sincere thanks for Andy's efforts - his service to Pompey is immeasurable.

"All parties have agreed that, after a natural break, further conversations will take place about the potential of Andy playing a further role within the football club."

Portsmouth were among the pre-season promotion favourites again but are currently 14th and destined to spend a third year in the basement division.

Awford was appointed permanent Pompey manager in May last year after a successful spell as caretaker boss following Richie Barker's dismissal - he won his first five matches in charge to guide the club away from relegation trouble.

But this season has not gone to plan and Awford has paid the price, with Waddock set to take charge for the first time when Pompey head to Stevenage on Tuesday night.