The duo find themselves on the roster of the new franchise in the MLS, albeit, their paths to the Florida-based club could not have been more different.

Brazilian Kaka has World Cup, Champions League, Seria A and La Liga titles to his name, and as a designated player is reported to command a base salary of $6.6m. AC Milan and Real Madrid are among his former clubs.

St Ledger, capped 37 times for Ireland, struggled to find a club after being let go by Leicester in 2014 before signing with Orlando last month.

“He’s a good team player and he usually has a few words before the game.

“Before the first game he spoke about when he’s been at AC Milan and Real Madrid, that he’s played with special individuals, but the most important thing was that they would win games as a team.”

Asked by RTÉ Sport about Kaka’s medal tally, the 30-year-old former Preston player laughed, “But he’s not got a goal at the Euros, has he,” referring to his own strike in Ireland’s 3-1 defeat to Croatia at Euro 2012.

St Ledger was coyer, however, when asked if he and pop star Taylor Swift were going out.

“Eh, that’d be an exclusive for RTÉ, wouldn’t it. I’m sitting on the fence.

“She’s not been to a game, as of yet. I’m thinking that she might come to one of the New York ones. We’ll see.” 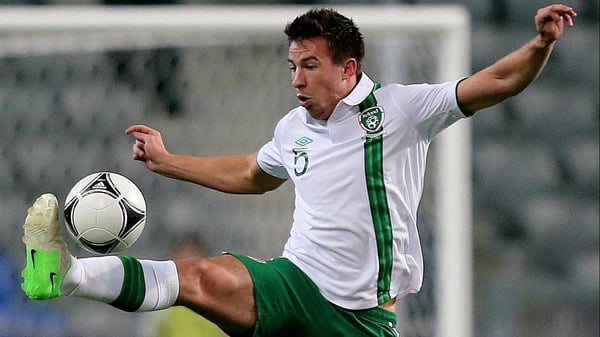