RTÉ soccer analyst Eamon Dunphy believes the Raheem Sterling contract stand-off suggests Liverpool could end up as "a club in mid-table that sells its best players".

Liverpool lost 4-1 to Arsenal at the weekend to severely dent their prospects of Champions League qualification and Dunphy believes an apparent unwillingness to match the transfer spending or wages of their rivals means they will inevitably fall behind.

"They have American owners who don't believe in splashing the cash so I think it's a tough job," he told RTÉ Sport.

"[Brendan Rodgers] has done it quite well, you can argue either way, but it looks to me like Liverpool's fate is to now become a club in mid-table that sells its best players and won't really go to war in the summer, in the way that Manchester United, Manchester City and Chelsea will to buy in big talent.

"It's diffcult for Liverpool to come to terms with their status in the game now. They are a big big club, it's a big big brand. It's a great club. I love their fans, their history.

"Liverpool is one of the great football clubs in the world but it just doesn't have the [financial] muscle or the talent at the moment to contend.

"You can only see Manchester United going one way, which is forward, but you can't see Liverpool going forward on the same trajectory."

Dunphy also suggested that Liverpool could be in danger of losing manager Brendan Rodgers to a club with a bigger budget if he becomes disillusioned with regularly losing star players.

"He's being talked about as a possible Manchester City manager when [Manuel] Pellegrini goes," said Dunphy.

"I think, on the whole, he's done a good job at Liverpool in almost impossible circumstances. With Suarez leaving, Sturridge being injured for such a long time and Gerrard more or less at the end of his career, he's kept the show on the road.

"They almost won the Premier League last year and I think the guy has ability and is a good coach.

"But if he were to lose another [star] player, and Sterling is the most obvious one, then where would he be?" 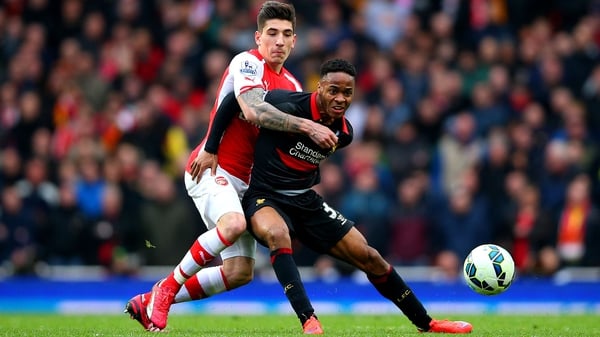