Galatasaray's Wesley Sneijder has apologised to Leeds fans after promoting a club-branded knife set that he is endorsing.

Leeds will on Saturday afternoon mark 15 years since the deaths of supporters Christopher Loftus and Kevin Speight, who were stabbed by a Turkish man ahead of their side's UEFA Cup clash with Galatasaray in April 2000.

A minute's silence will precede Leeds' Sky Bet Championship fixture with Blackburn, but United fans were enraged on Saturday morning when Holland international Sneijder tweeted a picture of a Gala-branded knife set which carried his image, saying the item was now "finally" available for sale.

His Tweet was met with an angry response from Leeds fans and was soon deleted, and Sneijder wrote to one supporter apologising, saying: "@Leedsu1Ross Very sorry. I didn't know this and deleted our promotion for the merchandise kitchen item. #Respect."

Ali Umit Demur was jailed for 15 years for the deaths of Loftus and Speight, while four other men were jailed for their part in the attack.

A Leeds spokesman said: "It would be disappointing to see this on any day but especially this weekend when we have a number of tributes planned out of respect for the fans who went to watch their team and never came home." 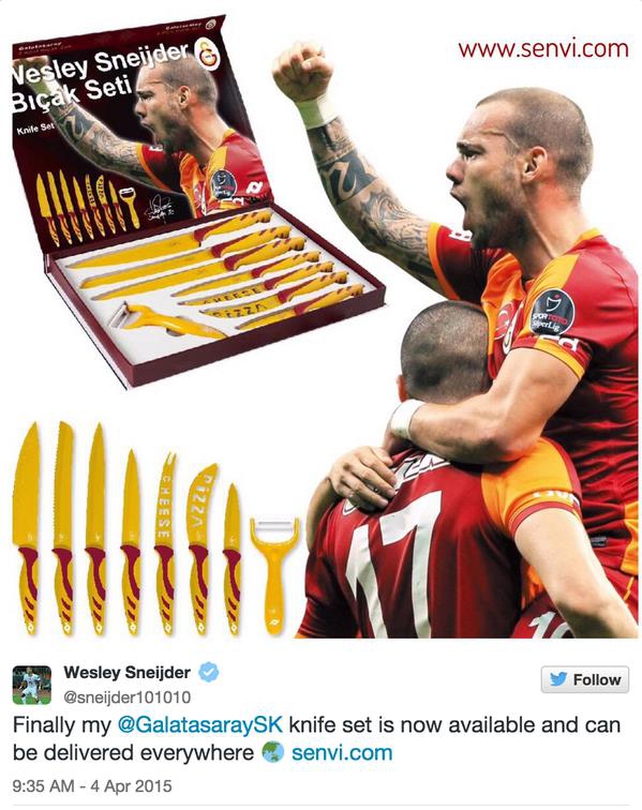