Liverpool manager Brendan Rodgers insists Raheem Sterling is going nowhere this summer as they have no intention of selling one of their prize assets despite his contract dispute being played out in the full glare of the media.

In an interview not sanctioned by the club the 20-year-old denied he was a "money-grabber" for turning down a reported £100,000-a-week contract and said no amount of money would persuade him to sign a new deal before the summer.

Negotiations have been put on hold until the end of the season, at the request of the player and his representative, so for Sterling to fan the flames now came as something of a surprise to Reds officials.

It produced more speculation about Sterling's future but Rodgers is adamant they will not be backed into a corner by the fear of losing one of their brightest talents.

Liverpool rejected advances from Arsenal for Luis Suarez two years ago, with owner John W Henry famously saying "What do you think they're smoking over there at Emirates?" after rejecting a £40m plus £1 offer from the Gunners, who mistakenly believed they had triggered the Uruguayan's release clause.

"The club is not going to sell and if it doesn't want to sell it won't sell, it is simple as that" - Brendan Rodgers

"He is not going anywhere in the summer so we will very much focus on trying to make him the best player we can," Rodgers said of Sterling.

When it was suggested to the Reds boss that money talks he added: "I think we as a club have shown that is not the case. Liverpool are one of the superpowers of football and the owners have made it clear - and we've seen it before - that money does not come into it.

"The club is not going to sell and if it doesn't want to sell it won't sell, it is simple as that.

"Money has never been the objective for the club. Whatever player - Raheem or anyone - leaves here it will always be on the terms of the club." 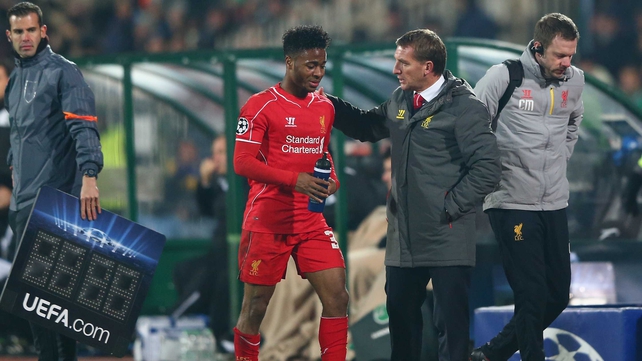 Liverpool remain in a position of strength as Sterling's current contract, worth a reported £35,000 a week, runs until the summer of 2017.

Rodgers suggested the player's decision to go public was a mistake but partly excused it on the grounds of his inexperience.

"He didn't have permission by the club, it was something that surprised us all to be honest," he added. "People who look after players will have different ways of working and I've seen that in my years in football with different experiences.

"He is a young player who is still learning on and off the pitch and sometimes you will make mistakes as a youngster.

"Our relationship is strong, which is important. He knows I am working in the best interests of the club and him.

"He will learn as time goes on, like we all do, you make mistakes in life - especially when you are young."

In his interview, Sterling said money did not interest him as much as winning trophies and part of his reasoning for not signing a new deal was because he wanted to reassess him ambitions and admitted he was flattered by reported interest from Arsenal - coincidentally Saturday's opponents.

Rodgers insisted Liverpool was a club where he could fulfil those dreams but also pointed out it was a two-way relationship and the England international had his part to play.

"Raheem is saying his ambition is to win trophies and be successful - it is perfectly aligned with what we are trying to do," he said.

"Arsenal are a fantastic football club but this is Liverpool, one of the great clubs of the footballing world, and it is an honour for Raheem to be playing here.

"It is not something we are overly concerned on and I am confident by the end of the season we will find the solution."

"Raheem has been involved in the first team for two and a half years and the player he is today - and he still has a lot of improvements to make - is because of the environment we have created here.

"He still has learning and development to make on the pitch and off it and we feel this is a great place for him.

"He has made it clear recently he is very happy with his football. I think he is trying to put off all talk about contracts and money - he is a boy who genuinely loves his football.

"It is now about continuing and nurturing the development of a player who has made huge strides and someone we believe we still have a lot of input into his development to come so he can consistently be a player at the top of his game.

"It is not something we are overly concerned on and I am confident by the end of the season we will find the solution." 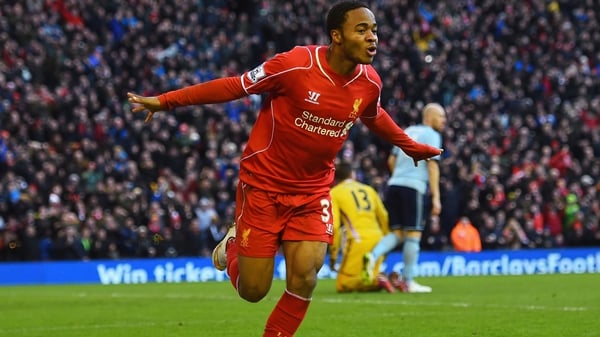