Stephen Quinn says Ireland must concentrate on their own game and not get caught out by obsessing with opponents Poland.

Ireland host Group D table toppers Poland on Sunday (7.45pm, live on RTÉ2) looking to draw level on points, which only a win would guarantee.

Hull midfielder Quinn, 28, knows that the visitors present a huge threat but reckons that Martin O’Neill’s men should look inwards first and foremost.

“We have to concentrate on ourselves,” said Quinn.

“Sometimes you can lose the run of yourself and concentrate on the opposition too much. We’ve got to look at all our pros as well and work on that and hopefully we can do the job on Sunday.

“We have to [capitalise on possession]. When we get the ball we have to keep it, maybe counter-attack if they give the ball away.”

And one of those that Quinn feels can pose a threat to the Poles is his club team-mate Robbie Brady, who has recovered from injury and may earn a start at full-back on Sunday.

Brady, who originally emerged as a winger, scored twice, including a free-kick, in Ireland’s last outing, a 4-1 win over the USA in November.

Quinn said: “He’s going to be a top-class player, he showed that against USA, and I think the manager will be happy to have him back.

“Yeah, [the free-kick] was a beauty, I’ve seen that over the last three years. He’s a free-kick specialist, set-pieces, it’s great to have him, he’s looking good [at training].

“When we got promoted from the Championship he played most of his games there. He was a real threat, and this season, he has started to do it again [from] left wing-back.

"I think it suits him coming on to the play. Him and Seamus Coleman are big threats from wing-back.”

Former Sheffield United player Quinn, who hopes to win his 13th cap on Sunday, added that they have done their homework on Adam Nawałka’s side.

“Poland are a strong side, they’ve got some really talented players who ply their trade throughout the European leagues.

"We’ve watched a lot of videos on them throughout the week already and the manager doesn’t want to leave any stone unturned going into it, for set-pieces etc. 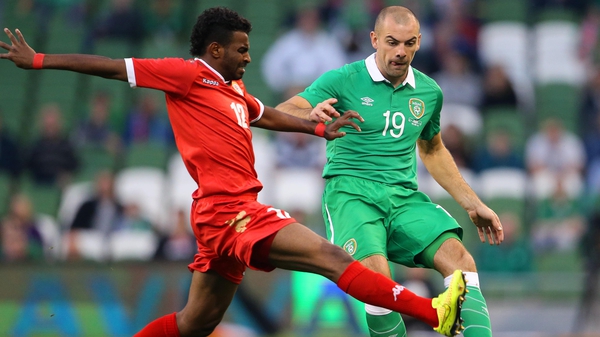