By Paul Butner at the City Calling Stadium

Goals from Pat Flynn and Gary Shaw ensured a first win of the season for Longford Town as Bray Wanderers, pointless and still without a goal, remain rooted to the foot of the table.

Shaw added the second on 50 minutes when shooting home a Don Cowan cross.

Mark Rossiter came into defence instead of Jamie Mulhall in Longford’s only change from winning their first point of the season in Limerick on Saturday.

Bray, reeling from a third successive defeat when losing at home to Bohemians the same night, made three changes with Niall Cooney, Peter Durrad and Emeka Onwubiko coming in for their first starts of the season.

And it was the visitors who carved the first real opening on six minutes when skipper Alan McNally flicked wide across goal from a Graham Kelly corner.

A ball in from the right wasn’t dealt with and central defender Flynn shot home from close range following a scramble.

It might have been 2-0 on 28 minutes as David O’Sullivan, fresh from his brace at the weekend, was inches over with a header from a Cowan cross.

Though Longford enjoyed most of the possession, Bray were dangerous on the break. A surging run from Kelly opened up the home side on 24 minutes. The ball was laid off for Ryan McEvoy to work Town keeper Paul Hunt with a drive from distance.

That gave Bray a confidence boost and they enjoyed their first decent spell of pressure when almost levelling from their fifth corner on 33 minutes.

Kelly met McEvoy’s corner with a crisp first-time shot which resulted in Hunt producing a good save to turn the effort round a post.

Remarkably, only a brave block by Daniel O’Reilly  prevented Flynn scoring again at the other end on 42 minutes.

But Bray really should gone in all square at the interval. A mistake by Longford substitute Willie Tyrell gifted the ball to Luke Gallagher. His cross picked out the unmarked Durrad who shot wide when he ought to have scored.

It was a miss Bray would rue as they were 2-0 down five minutes after the interval.

Cowan was a constant menace down Bray’s right side and he worked the opening when skipping past Jack Memery to whip the ball to the back post where ex-Bray striker Shaw stabbed home.

Shaw was there again five minutes later when his stinging shot was inches over Stephen McGuinness’ crossbar.

O’Sullivan should have wrapped it up when through one-on-one from a 68th minute counter-attack.

McGuinness made a fine save from the Town striker’s first effort before recovering well to save again from O'Sullivan once more. 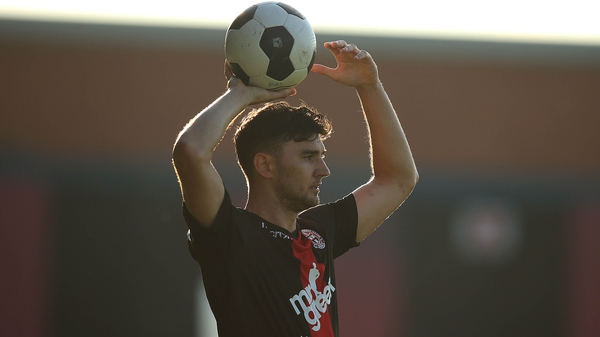 Three in a row as Bohs top table