Manchester United's on-loan striker Radamel Falcao hinted on Tuesday he could leave the club at the end of the season in search of more regular football, but said he was still committed to the English side.

"I think any footballer needs to play and is happy playing. I'm totally committed to the club, there are eight matches to go [in the Premier League] and anything can happen," Falcao told Colombia's Radio Caracol.

"So when the championship ends surely I'll sit down, do an analysis and decide what's best for me," added the 29-year-old, who was a prolific scorer for Porto, Atletico Madrid and Monaco before his knee ligament injury 14 months ago.

"Obviously I need to find a place where I have continuity and can play," Falcao said in Bahrain, where Colombia play a Copa America warm-up friendly on Thursday.

Colombia also face Kuwait in a second friendly on their Middle East tour on Monday.

Falcao said he fully respected Van Gaal's decisions and had "faith and hope" that things would change for him at United before the season ends.

He added, however, that other clubs have shown an interest in him.

"Calls come every day so in that sense I've got to stay calm, but I keep on the fringe of them, there are people who deal with all that situation," he said of media reports linking him with other Premier League teams.

"I owe myself to Manchester United at the moment, I have faith and hope because lots of things can happen in the number of matches remaining."

Falcao said he had fully recovered from last January's knee surgery that prevented him from leading the Colombia attack at the World Cup in Brazil, where his country reached the quarter-finals.

"I will continue to fight to the end at Manchester United," he said. 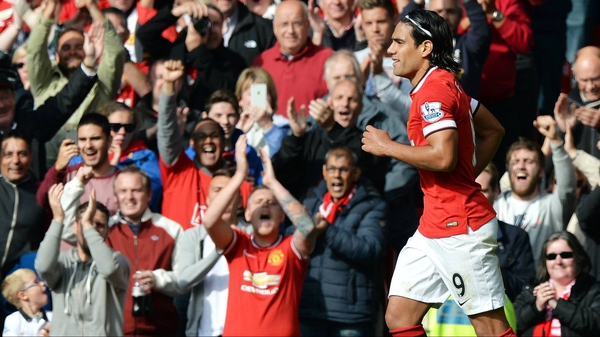 Monaco VP says Falcao has many options besides Manchester United