Sepp Blatter has rejected an invitation to take part in a live television debate involving all four candidates for the FIFA presidency.

The other three candidates - FIFA vice-president Prince Ali Bin Al Hussein of Jordan, Dutch FA president Michael van Praag and former Portugal international Luis Figo - had all agreed to take part in the debate but current FIFA president Blatter has refused to do so.

The debate was a joint BBC and Sky initiative and the Football Association chairman, Greg Dyke, had offered to host it at Wembley. Blatter's refusal means it will not now take place.

Blatter did not even respond in writing - he communicated his decision verbally via a FIFA official.

Prince Ali said last month that a public debate was an important step for the world governing body, saying: "If we are talking about transparency, I would like to see a public debate including the incumbent."

Figo also indicated his support, saying: "The fans deserve to know what the candidates offer for the future."

Blatter is likely to face questions about his refusal at a news conference in Zurich on Friday following FIFA's executive committee meeting which will decide on the dates for the 2022 World Cup in Qatar, which is to be played in the winter.

His rivals are also understood to be questioning Blatter's apparent use of FIFA staff in helping him win support to remain president.

He appears not to have appointed anyone to work on his campaign, while FIFA general secretary Jerome Valcke has reminded "all FIFA staff members that they, consultants or any other persons appointed by or working for FIFA are not permitted to take part in any way in these election campaigns". 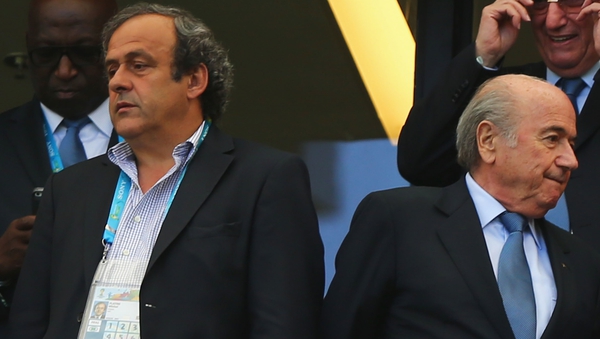