Jose Mourinho insists Nemanja Matic will be fit for Chelsea's Champions League last-16 second leg against Paris St Germain despite suffering an injury while celebrating the Capital One Cup win.

Midfielder Matic completed a two-match ban as Chelsea consolidated their advantage at the top of the Premier League with a 1-0 win at West Ham on Wednesday night.

But Mourinho revealed Matic would not have played even if he was free from suspension after the Serbian twisted his ankle in the aftermath of last Sunday's Wembley defeat of Tottenham.

Matic had changed from his club suit to full playing kit for the trophy presentation at Wembley before twisting an ankle. He will be back to play PSG next Wednesday.

"He got an injury celebrating the cup," Mourinho said. "It's not a big injury, but if he was not suspended, he wouldn't play.

"He twisted his ankle. On the pitch. He put on shinpads but he didn't put the tape on. He will play against Paris. On Saturday, Sunday, he will train."


Matic's midfield quality will be needed against PSG with the tie poised at 1-1.

Battling qualities will be needed, too, and those were evident at Upton Park. Eden Hazard's first-half header proved the difference as Chelsea's five-point lead over Manchester City remained intact.

It might have been different had the restored Thibaut Courtois not made a host of fine saves and Chelsea's defence, shaky at times, not made some key blocks.

"When good football is not enough, we fight, we suffer together, we cope with difficult moments," Mourinho said. "It was not the best game to play after the final. The final is more than a game, because of tension, pressure and emotions.

"Some periods we had to defend with everything. It's a game where you easily can lose two points.

"We had chances to kill the game. We were expecting that. We didn't and when you don't do that against West Ham you are in permanent danger. Great victory for us."

West Ham manager Sam Allardyce, who lost defender Winston Reid to a hamstring problem, insisted that Hazard's goal should not have stood.

"I've looked at the goal and it was offside," Allardyce said. "Kevin Nolan was offside at Old Trafford (in September) when we scored for 2-2. There was half an inch of his nose offside and they said that was offside.

"There was about six inches of his (Hazard's) body offside this time and they said it's onside."

Mourinho dismissed Allardyce's complaint and hopes the quality of his side can deliver further success this term.

"Now we are trying to build. We have one cup in the pocket. Let's see what we can do," he added. "What's kept us top of the league since day one is the quality of our football." 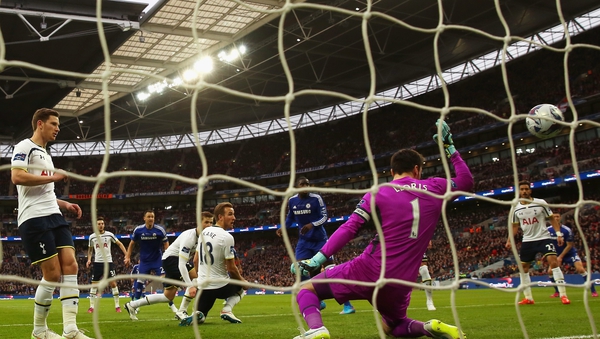