Police in England have launched an investigation after reports of racist and abusive behaviour from Chelsea fans on a train from London to Manchester on Sunday night.

British Transport Police said they were called to meet the train as it entered Stoke station, and asked four men to leave the train. Four others left of their own accord.

That incident is still being investigated by British and French authorities.

A British Transport Police spokesman said: "Shortly after 10.30pm on Sunday, March 1, officers were called to meet a Euston-to-Manchester Piccadilly train at Stoke, following reports of racist and abusive behaviour by a number of passengers, said to be football fans.

"Colleagues from Staffordshire Police also attended. Officers asked four men to leave the train at Stoke. We have spoken to two witnesses, and investigations continue.

"Rail passengers and staff have the right to travel and work in peace. Abusive behaviour on trains and at stations is unacceptable, and we will not hesitate to investigate any such incidents."

The latest incident occurred after Chelsea beat Tottenham 2-0 to win the Capital One Cup at Wembley on Sunday.

Chelsea reacted swiftly to the incident on the Paris Metro and can be expected to take similarly strong action should any of those involved in the latest incident be found to have a connection with the club.

Chelsea suspended five supporters following their own investigation into the Paris Metro incident, when a commuter, identified in media reports as French-Mauritian Souleymane S, was blocked from boarding a train by fans travelling to the Parc des Princes for the Champions League match on 17 February.

Footage captured by a bystander appeared to show Souleymane being pushed back on to the platform amid chants of "we're racist, we're racist and that's the way we like it".

Chelsea manager Jose Mourinho said he was "ashamed" by the events in Paris, while owner Roman Abramovich was said to be "disgusted".

The Blues were "appalled by what we saw", branding the incident as "unforgivable" and declaring that "the people involved do not represent Chelsea football club".

Supporters were warned prior to the Wembley contest to be on their best behaviour and were greeted by a sign which read 'Racist chanting may lead to arrest' on Wembley Way.

Speaking publicly for the first time about the Paris incident on February 20, Mourinho was asked how offensive it was that the supporters used the name of club captain John Terry to justify their actions.

A Chelsea spokesman intervened by saying: "We're not interested in any excuses or stories to try and cover these actions."

Terry was given a four-match ban and fined £220,000 in 2012 after being found guilty by the Football Association of racially abusing QPR defender Anton Ferdinand.

In Terry's case, the regulatory commission stated that the Chelsea captain was "not a racist".

The Chelsea skipper scored the opening goal in Sunday's success and was named man of the match.

BTP are examining mobile phone footage of the alleged incident on the train from London to Manchester which the force obtained from a witness.

A Chelsea spokesman told Press Association Sport: "We are aware of the reports but it is not clear at this time if this incident involves Chelsea supporters.

"If it did then we will assist the British Transport Police with their enquiries." 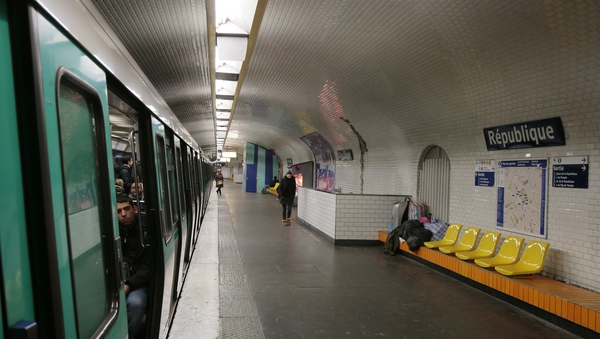 Chelsea are 'appalled' by Metro racism