Defender Martin Skrtel believes that now Liverpool's back three is fully functioning they do not have to fear Tottenham's in-form striker Harry Kane.

Their rivals in the race for Europe visit Anfield tonight (8pm) with Kane on a hot streak of 11 goals in his last 14 games, with four in his last two to take his tally to 22 for the season.

The England Under-21 international has 12 in the Premier League. By comparison Liverpool's leading scorers, Steven Gerrard and Raheem Sterling have five apiece - but the gap between themselves and fifth-placed Spurs is still just four points.

That is why it is so important to keep Kane quiet but a defence which made it four clean sheets in a row, and six in the last 13 games, in the goalless Merseyside derby draw is more than capable of doing so.

"He is doing well, scoring goals and we have to look after him," Skrtel said of Kane.

"But it is not only him, Tottenham are doing well as a team. They are playing much better than they played before so we have to be ready for them.

"We are just looking at ourselves and to play our game and try to get three points.

"We are happy for our clean sheets because from the beginning of the season there was a lot of criticism of the defending.

"I'm happy we improved that and in recent games we kept a lot of clean sheets.

"I think in this year [2015] I think we have only conceded in one game from open play so that is very good. We just need to carry on that way.

"We try to do our job and help the team. I said that many times; defending is not only about the defenders but the defending of the whole team. We have improved that."

"He is doing well, scoring goals and we have to look after him"

That improvement has given Liverpool a platform to make a bid for the top four, which seemed well beyond their means after a poor start to the campaign appeared to have left them well off the pace.

"We are close, you know, and we play Tottenham and then Southampton later on this month - games against the opponents that are also fighting for the top four - so they are going to be crucial," said the Slovakia international.

"But we are not looking forward like that, we are just going from game to game, trying to get as many points as we can and just believing we can finish in the top four."

Liverpool's defence was barely troubled in a disappointing derby at the home of their near-neighbours.

The closest Everton came to breaking the deadlock was when right-back Seamus Coleman forced Simon Mignolet to save in the 86th minute with their first shot on target.

Prior to that Jordon Ibe, the 19-year-old winger making only his second Premier League start, had hit the post from distance with Liverpool's best effort. 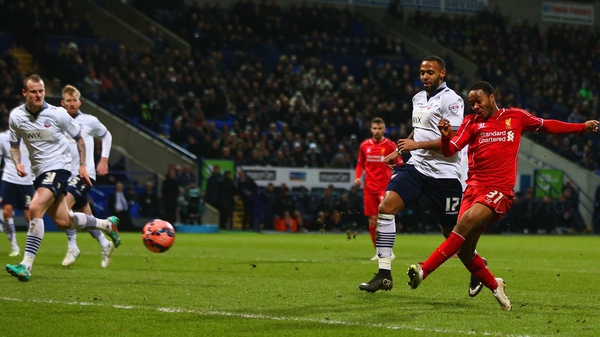