Bournemouth midfielder Harry Arter is flying high in the English Championship and hoping that his impressive club form will be rewarded with a first international call-up for the Republic of Ireland.

Arter’s Bournemouth currently sit top of the Championship table and Ireland manager Martin O’Neill has revealed that the player is very much in his thoughts ahead of naming his squad for the upcoming Euro 2016 qualifier with Poland at the Aviva Stadium next month.

In an interview with RTÉ Sport, O’Neill spoke warmly of Arter, saying: “His enthusiasm is very strong and he is performing regularly in a side that is going very strongly for promotion.”

The 25-year-old, who qualifies to play for Ireland through his Sligo grandparents, has previously been called up to the Under-19 squad and with plenty of speculation linking him to a first cap, believes he would be ready should the call come.

"Without a shadow of doubt I’d jump at the chance. It would be my biggest achievement to date if I was to get the call from the manager and it’d be an experience I’d really look forward to and [I would] try to learn as much as I can from it," Arter told RTÉ Sport.

"It would be my biggest achievement to date if I was to get the call from the manager and it’s be an experience I’d really look forward to."

"In a way it’s made me think a bit more about it, because there’s been a little bit of publicity surrounding it, but in my head my main concern is just to keep playing well for Bournemouth. That’s the way I’ll give myself the best opportunity to get called up.

"In the past, call-ups have been mentioned but I feel this is the most confident I’d be if I was to get called up.

"I’m playing for a team who are top of the Championship, I’ve gained a bit of experience playing in big games, obviously not to the degree of playing international football, but I have to start somewhere and if I do get the opportunity I have to try and take it.

“I spoke to [team-mate] Ian Harte, he’s a top man, if you saw him now - he’d probably still be able to play for Ireland; his left foot is unbelievable! He spoke to me about the World Cup and his time with Ireland and he just said that if you get called up it will be a great achievement, so hopefully I do."

Arter’s immediate concern will be Saturday’s Championship trip to struggling Wigan where Bournemouth will be hoping for a win to keep up their promotion push.

“We’re doing well,” the midfielder said. “We finished the season well last year and lost a few good players in the summer but we’ve done well to replace them with similar quality.

“We’ve done very well this year and the next 16 or 17 games are going to be crucial for us, if we have a good end to the season I think we have a really good chance.

“It’s a collective thing. If you look at our team there’s not anyone you would say is our main player, we have a strong squad and we play well as a team.

“The manager [Eddie Howe] is obviously a top manager who gets us all working hard and striving to become better players and I just think everyone believes in the philosophy the club has.” 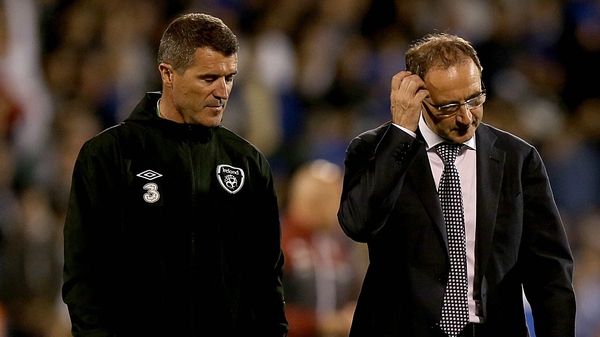