Former Leeds forward Max Gradel levelled late on as Ivory Coast snatched a draw with Mali in Group D of the Africa Cup of Nations.

Wolves midfielder Bakary Sako gave Mali a seventh minute lead and although Mali more than held their own for large parts of the contest, Ivory Coast levelled late on through substitute Gradel.

It was both side's second 1-1 draw of the campaign and they will be hopeful victory in their final match will see them through to the knockout stages.

Doumbia's strike rescued a draw for the Elephants in their last game against hosts Equatorial Guinea and in the game at the Nuevo Estadio de Malabo they were also left chasing the game after just seven minutes.

Siaka Tiene was out of position and Sambou Yatabare sped into a crossing position before crossing to the back post where Sako hammered home on the half volley.

Soumbeyla Diakite was tested for the first time after 21 minutes when Yaya Toure played in Serge Aurier, who instead of playing in Doumbia elected to shoot, with his weak effort easily stopped.

Ivory Coast were starting to make their mark on the game and after 33 minutes Kolo Toure's header from a corner was tipped onto the bar by the Mali stopper.

Renard made a change six minutes before the break with Gradel replacing Diomande.

Gradel made an impact shortly after the restart as he played in Manchester City striker Bony, whose powerful header fell just wide of the post.

Mali worked hard to limit chances for Ivory Coast and it wasn't until 11 minutes from time that the next chance fell, but it wasn't to the Elephants.

Sambou Yatabare crossed in from the right before and although Sylvain Gbohouo got to the ball first he could not hold and was thankful for Wilfried Kanon who beat Mustapha Yatabare to the ball to clear.

Yaya Toure did well to find Aurier and the defender pulled it back to Gradel who hammered home and rescued another late point for Renard's side. 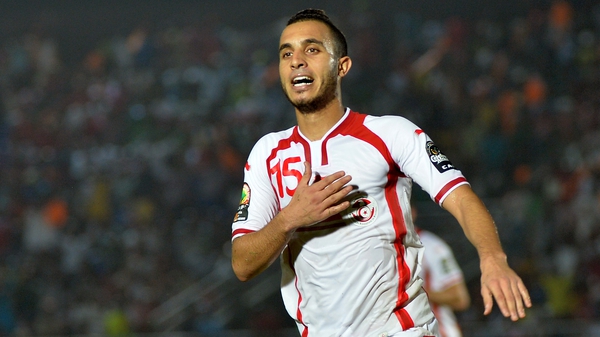