Victor Anichebe's quickfire brace edged West Brom into the FA Cup fifth round as they survived a scare to beat Birmingham 2-1.

After his first-half double, the striker has now scored three goals in four games since Tony Pulis took over at The Hawthorns.

Jonathan Grounds pulled a goal back just before the break but bullish Birmingham could not force a replay against their local rivals.

Andrew Shinnie headed over and Demarai Gray forced Ben Foster into a smart save as Albion rode out second-half pressure at St Andrew's to remain unbeaten under Pulis.

Gray had been on the bench for Blues in one of their two changes as Lloyd Dyer, who started his career at the Baggies, made his debut after signing on loan from Watford.

Boaz Myhill, Craig Dawson and Stephane Sessegnon started for the visitors, who began brightly as Saido Berahino brushed the sidenetting with an angled drive.

Novak was then inches away from connecting with David Cotterill's cross but the hosts lacked serious penetration.

But the visitors took control when Anichebe struck twice in 10 minutes to silence the hosts.

First, Berahino slipped the striker in and he steered a shot in off Darren Randolph's near post from 10-yards on 25 minutes.

It took the sting out of the hosts, who were noticeably subdued, and Albion's strike pair combined again 10 minutes later.

Berahino found Anichebe who spun in the area and his shot took a deflection off Paul Robinson before dropping into the far corner.

Birmingham had come back from 2-0 down to beat Blyth Spartans 3-2 in the third round but their initial response was muted.

There was little suggestion they would haul themselves back into the game but they grabbed a lifeline in first-half stoppage time.

Dyer was given too much time and space on the left and his low ball found Grounds to sweep in his first Birmingham goal off the post.

It lifted the hosts but they needed Randolph to keep it at 2-1 when he produced a superb one-handed save to deny Joleon Lescott three minutes after the re-start.

Myhill then beat away Novak's volley as Birmingham improved from their plodding first-half display.

The keeper, though, was forced off just after the hour after he collided with Dyer and was replaced by former Blues keeper Ben Foster.

Sessegnon was then the victim of a crunching tackle from Robinson with 23 minutes left, leaving the Albion midfielder unable to continue and Robinson on a yellow card.

Birmingham's marked improvement had the Baggies rattled and Shinnie headed over on 72 minutes with the visitors themselves unable to mount any cohesive attacks.

Foster tipped substitute Gray's rising drive over as Birmingham continued to press with plenty of effort but little quality.

And Albion almost sealed the game with eight minutes left when Chris Brunt hit the base of the post from a tight angle.

Birmingham refused to give up and Gray's rasping 25-yard effort was turned over by Foster but, despite six minutes of added time, they could not find a breakthrough. 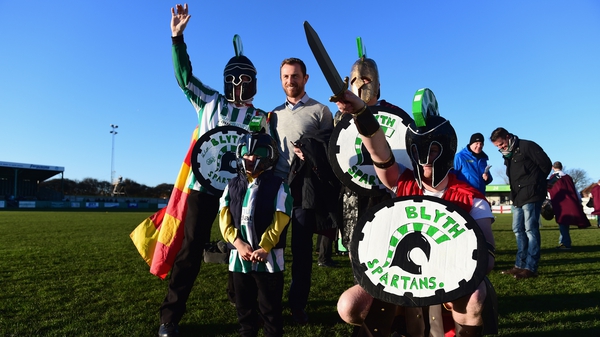