FIFA vice president Prince Ali Bin al-Hussein of Jordan has announced that he is to stand for the presidency of the world governing body.

Prince Ali, who is also a member of the FIFA Executive Committee and the head of the Jordan Football Association, will stand against incumbent Sepp Blatter and Frenchman Jerome Champagne for the top job in May this year.

"I am seeking the presidency of FIFA because I believe it is time to shift the focus away from administrative controversy and back to sport," he said in a statement on the Jordanian FA’s website.

"This was not an easy decision. It came after careful consideration and many discussions with respected FIFA colleagues over the last few months.

"The message I heard, over and over, was that it is time for a change. The world's game deserves a world-class governing body - an international federation that is a service organisation and a model of ethics, transparency and good governance."

Blatter has held his position as FIFA President since 1998 and will be running for a fifth term at the 65th FIFA congress in Zurich on 29 May.

The governing body has been engulfed by controversy in recent months over the decision to award the 2018 and 2022 World Cups to Russia and Qatar.

American lawyer Michael Garcia produced a 430-page report into the bidding for the tournaments but quit as FIFA's ethics investigator after losing his appeal challenging the findings to clear Russia and Qatar to host the World Cups.

The executive committee agreed unanimously in December that an "appropriate" form of the Garcia report into World Cup bidding should be published.

Officials at a meeting in Morocco agreed to the proposal without a vote being taken - but nothing will be published until the Ethics Committee charges against three FIFA ExCo members - Angel Villar Llona of Spain, Belgium's Michel D'Hooghe and Thailand's Worawi Makudi - have been dealt with.

"The headlines should be about football, not about FIFA," Prince Ali added.

"FIFA exists to serve a sport which unites billions of people from all over the world, people of differing and divergent political, religious and social affiliations, who come together in their enjoyment of 'the world's game."

Prince Ali has served as president of the Jordan Football Association since 1999 and a year later founded the West Asian Football Federation which consists of 13 different nations.

Champagne is a former FIFA deputy secretary general and, along with Blatter and Prince Ali, is the only other official candidate for the top job.

Nominations have to be made before 31 January. 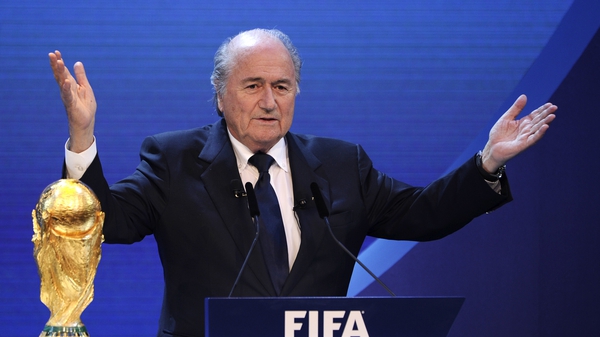 No going back on World Cup votes, insists Sepp Blatter