Striker Sam Vokes is still not ready to be considered for Burnley. The Wales international, who has not featured since March because of a knee injury, played 90 minutes for the development squad in midweek but will not be brought in for first-team action just yet.

Centre-back Michael Duff looks set to miss a fourth game with his calf problem while Stephen Ward (ankle) and Matt Taylor (Achilles) are still some way off. 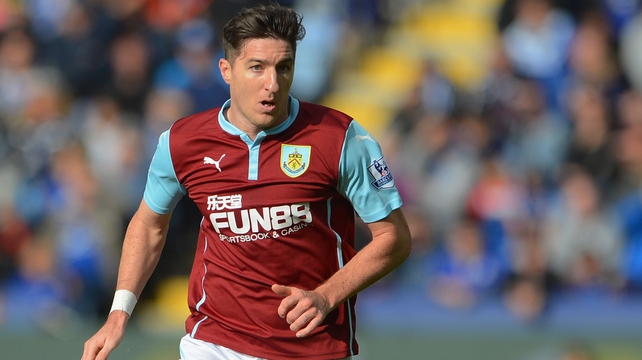 Southampton expect to have midfielder Toby Alderweireld back from a hamstring problem while James Ward-Prowse is also set to be in the squad after resuming full training following two months out with an ankle problem.

Morgan Schneiderlin, however, is missing with a groin injury. Forward Jay Rodriguez has suffered a setback in his rehabilitation from a knee problem, so remains out.

Goalkeeper Petr Cech will make his first league start of the season after Thibaut Courtois suffered a minor injury in training. Playmaker Cesc Fabregas will serve a one-match suspension as Jose Mourinho reverts to the majority of his first-choice line-up.

Defender John Terry and forwards Eden Hazard and Willian were rested for the midweek defeat of Sporting Lisbon, which saw Mourinho make six changes to the side which lost for the first time this season last weekend at Newcastle.

Hull captain Curtis Davies could be handed a recall. The central defender has been dropped for the last two matches but manager Steve Bruce could revert to a back three at Stamford Bridge, opening up a vacancy at the back.

Gaston Ramirez has completed a three-game ban, but fellow loanee Hatem Ben Arfa is set to continue his exile from the squad.

Irish international Damien Delaney could return to the Eagles starting line-up. Delaney was on the bench for the goalless draw against Tottenham last weekend but is now considered fully fit, having recovered from a calf injury.

Midfielder Jason Puncheon will be assessed after missing training on Thursday through illness while Joe Ledley (hip) and Adrian Mariappa (knee) are both ruled out.

Stoke are likely to be without defender Marc Muniesa after the Spaniard tweaked his hamstring during last weekend's victory over Arsenal and is set to be replaced by either Marc Wilson or Robert Huth, both of whom are fit after injury. 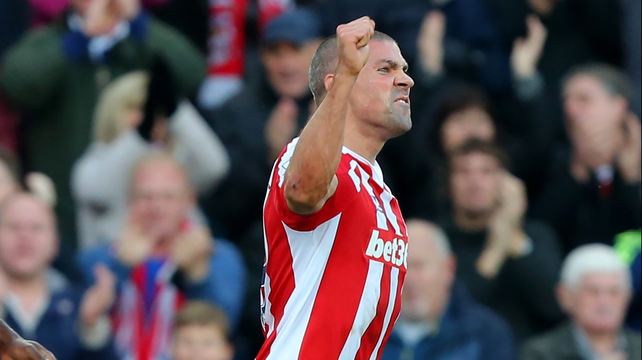 Striker Jonathan Walters has an ongoing problem with his knee but is expected to feature while Steve Sidwell, Peter Odemwingie (both knee), Victor Moses (thigh) and Dionatan Teixeira (broken foot) are all sidelined.

Kasper Schmeichel has been ruled out for at least six weeks for Leicester after breaking a metatarsal in training. Ben Hamer will deputise in goal but boss Nigel Pearson will look to sign a new goalkeeper in the January transfer window.

Captain Wes Morgan returns from suspension, Ritchie de Laet is available after illness, Leonardo Ulloa (leg) is fit, Dean Hammond (calf) is back in training and Matt Upson is close to a return after a long-term foot injury but will not play.

Manchester City captain Vincent Kompany is set to return for the champions. The Belgian defender was not risked for the midweek Champions League victory at Roma after a spell out with a hamstring injury.

Playmaker David Silva could start after returning from a knee injury as a substitute in Rome, while midfielder Yaya Toure is available after his European suspension. City must continue without star striker Sergio Aguero, who is out with a knee injury.

Steven Fletcher could return to the Sunderland starting line-up. The Scot was an unused substitute in last week's goalless draw at Liverpool after limping off during the defeat to Manchester City with a back injury, but is fit to return. 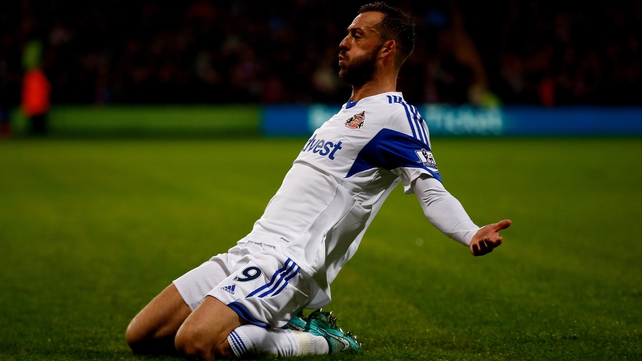 Sebastian Coates is available again after being ineligible for the trip to Anfield, but Emanuele Giaccherini (ankle) and Billy Jones (hamstring) are both still ruled out.

West Ham midfielder Mark Noble is Sam Allardyce's only injury concern. The 27-year-old recently broke the record for Premier League appearances for a Hammers player but will not add to his tally due to a problem with his Achilles tendon.

Allardyce has a selection headache in attack with Andy Carroll, Enner Valencia, Diafra Sakho, Carlton Cole and Mauro Zarate all fully fit and in contention to feature against the Black Cats.

Captain Chris Brunt will again miss out for West Brom after failing to recover from a hamstring injury he suffered in last week's 2-1 defeat to West Ham.

Jonas Olsson is out following an operation on his Achilles but Saido Berahino is set for a recall after being dropped to the bench for the goalless draw at Hull and Claudio Yacob is available following a ban.

Aston Villa pair Ron Vlaar and Fabian Delph could be in contention at the Hawthorns. Captain and central defender Vlaar has been out since early November with a calf injury while England midfielder Delph dislocated his shoulder in October but both have returned to training and may make surprise returns.

Tom Cleverley (bruised foot) is a doubt and fellow midfielder Ashley Westwood will miss around a month with a knee injury. Forward Andreas Weimann returns from suspension but defenders Philippe Senderos and Nathan Baker remain out, as does midfielder Joe Cole.

Arsenal will be without midfielder Aaron Ramsey due to a hamstring problem. Defenders Laurent Koscielny (calf), Nacho Monreal (ankle) and Calum Chambers (suspended) are all unavailable, so right-back Mathieu Debuchy could be asked to move over to the centre. 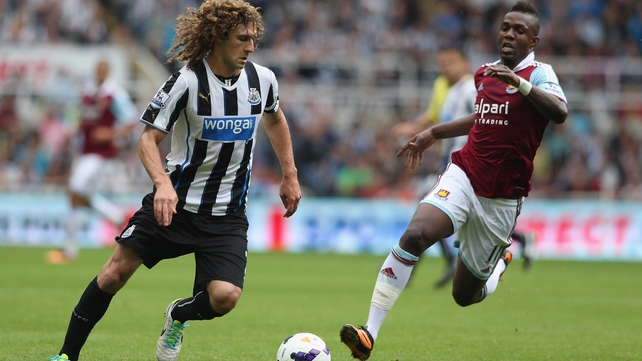 Newcastle captain Fabricio Coloccini is set to be passed fit. Boss Alan Pardew is closely monitoring the Argentinian's recovery from a hamstring injury but is keen to make the minimum of changes from last weekend's win over leaders Chelsea.

Daryl Janmaat is also available after shrugging off a minor problem but Moussa Sissoko and Steven Taylor are suspended and Rolando Aarons is ruled out for a month with a hamstring strain.

United's record signing has missed the last two games with a hamstring injury and will not be in the match day squad this weekend, manager Louis van Gaal confirmed at his pre-match press conference on Friday.

Striker Mario Balotelli is back in training and could return to the Liverpool squad. 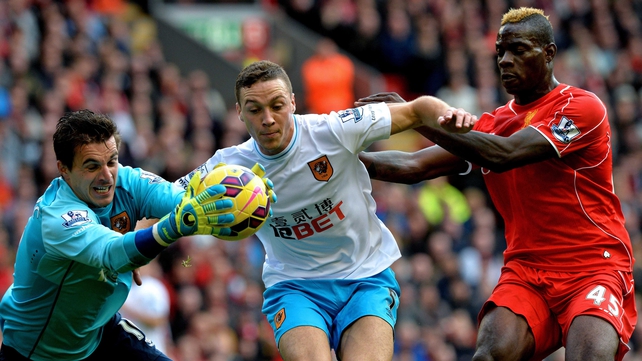 The Italy forward has been sidelined since November 8 because of a groin problem sustained on international duty.

Midfielder Adam Lallana will be in the squad despite breaking two ribs just over a week ago while centre-back Kolo Toure is expected to have recovered from a groin injury which kept him out of the midweek Champions League draw against Basle.

German goalkeeper Gerhard Tremmel will make his first Premier League start since May for Swansea.

Tremmel deputises for the suspended Lukasz Fabianski, who was sent off in Swansea's 3-1 defeat at West Ham last weekend and subsequently lost his appeal against his red card.

Defender Neil Taylor returns after missing out at Upton Park because of suspension and Argentina central defender Federico Fernandez is available after being sidelined for six weeks with calf trouble.

John Stones could make an unexpected comeback for Everton in their Premier League clash with QPR on Monday.

The 20-year-old defender, who sustained an ankle injury against Manchester United on 5 October, is back in training ahead of schedule and in contention for a place in the squad.

Steven Naismith, James McCarthy (both hamstring) and Darron Gibson (knee) will also be given a chance to prove their fitness, but midfielder Gareth Barry is suspended and Christian Atsu's hamstring injury is still being assessed. 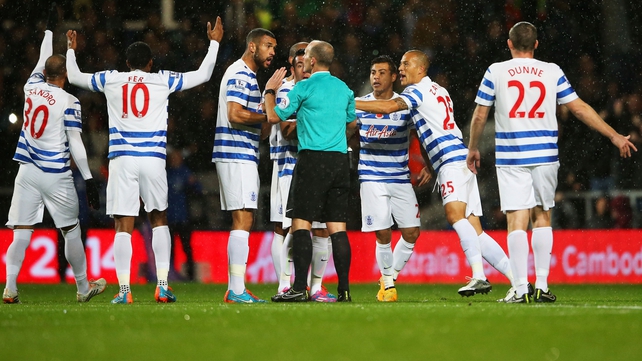 Defender Steven Caulker is fit despite needing hospital treatment on a cut sustained to his head while falling over during a social occasion with team-mates last Sunday.