According to a statement by the Mossos d'Esquadra police force on Thursday morning, one of the fans remains in hospital after being attacked by two people wearing balaclavas while, soon after, another visiting supporter also suffered stab wounds but has already been discharged from hospital.

According to reports in Spain, the injuries suffered by the fan who is still in hospital are serious but not life threatening.

The incidents come just over a week after a Deportivo La Coruna fan was killed following violent clashes between rival groups before a Primera Division match between Atletico Madrid and Depor at the Vicente Calderon stadium.

A statement published on mossos.gencat.cat read: "Mossos d'Esquadra' police officers - from the criminal investigation division in Barcelona - are investigating the assault of two PSG fans following the Champions League match held in this city last night.

"The first incident occurred around 11 at night in the vicinity of Camp Nou. A French citizen who left the game was approached on Felipe de Paz street by two individuals, in dark clothes and balaclavas, and was stabbed.

"The victim, who was accompanied by other PSG supporters, had to be transferred to a hospital, where he remains.

"A little later on and near to the site of the first (incident), there was another similar incident on L'Avinguda Madrid de Barcelona. Three young people who had also come to watch the game were assaulted by several individuals.

"One victim suffered a stab wound and had to be transferred to hospital, from where he has already been discharged.

"The police are working to determine the exact circumstances of the facts and to detain those responsible." 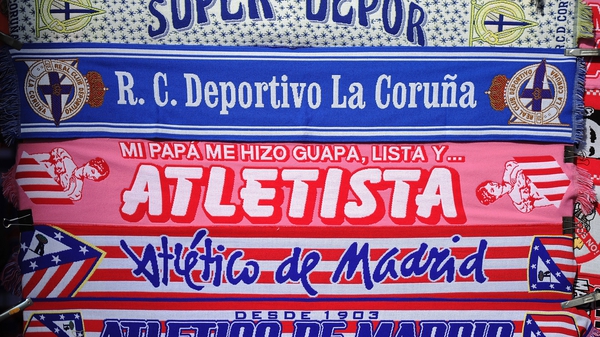 Fan dies after violence ahead of La Liga clash