Liverpool striker Rickie Lambert admits his side cannot argue with criticism of their lack of physical and mental toughness.

In the wake of Sunday's 3-1 defeat at Crystal Palace ex-Reds defender Jamie Carragher said the team was lacking in leaders and was bullied in games.

Lambert accepts, on that occasion, the former vice-captain's assessment was right, but he insists the players are determined to put things right against Bulgarian side Ludogorets in the Champions League tonight (Live on RTE 2 from 1930).

"We lost the individual battles and it wasn't good enough," said the £4million summer signing from Southampton, who is likely to start in Bulgaria in the absence of the injured Mario Balotelli, having finally got off the mark for his new club against Palace.

"There wasn't anyone in a Liverpool shirt who was good enough and it was wholly down to the players on the pitch.

"I do believe it is a lack of confidence at the minute but that will come back. It is not going ideally but it is up to the players on the pitch to 'dog' the performances out.

"Whatever the result in any game we have to perform better than we did at the weekend.

"It is totally down to the players. They are desperate to get the game under way and try to rectify our performance at the weekend.

"Win or lose we have to put in a performance of the standard of a Liverpool team."

"Win or lose we have to put in a performance of the standard of a Liverpool team."

Despite a four-match losing streak and poor performances all round, manager Brendan Rodgers retains the confidence of owners Fenway Sports Group and has had messages of support from them this week - although he has not spoken to anyone in person.

He has urged his players to display some "aggression and tenacity" which has been lacking this season, starting against Ludogorets as they seek to keep their hopes of progress to the knockout phase of the Champions League alive.

"It can happen. It is something that you work towards," Rodgers said.

"Sometimes it takes one moment that can change a season for you and that is something that we have to believe can happen.

"It has happened as of late and apart from a half in a game, or the game at Tottenham, we haven't been anywhere near our levels.

"But one thing you can never do is give up. We keep working in the belief that the honesty and belief of the group will get us the results."

Liverpool have lost their last three Champions League games - they have never lost four in succession in the same season and never been defeated in all three away games in a European group stage.

Goals have been a problem with the two they scored against Ludogorets back on September 16 their only efforts so far - and one of those was an added-time penalty winner from Steven Gerrard. 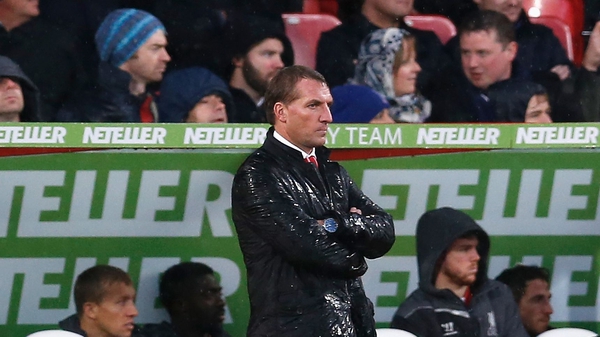