England forward Raheem Sterling is ready to commit his long-term future to Liverpool.

The 19-year-old, whose existing Anfield contract runs to 2017, has reportedly attracted the interest of European champions Real Madrid, but believes he can realise all his dreams on Merseyside.

Sterling said: "I am happy to be here for as long as possible. Hopefully I can achieve the goals I want to achieve here at Liverpool in years to come.

"I am just happy to play football at this club for many years to come. The club has spoken to my representatives and hopefully something can be done soon."

Sterling found himself in the spotlight off the pitch recently after England boss Roy Hodgson revealed the player had told him he was tired ahead of the final training session in the build-up to last month's Euro 2016 qualifier against Estonia in Tallinn.

That led to accusations the teenager had said he did not want to play, but Sterling insists nothing could be further from the truth - and says he has learned from the experience.

"It was pretty difficult," he said. "I tried to not really watch TV much or listen to things.

"If I saw a conversation about me on TV, I would just turn over. It was the first time I'd had to deal with anything like that. It was different but I felt I dealt with it really well. I didn't read too much into it.

"The main thing I've learned is to just shut off. I was always on my phone and Instagram - things would pop up and you could not go past it without having a look. But now I've learned to block it all out and not read what is said.

"I just love playing football for club or country. If anything I said got taken the wrong way, I'm sorry about that, but I am always happy to play football." 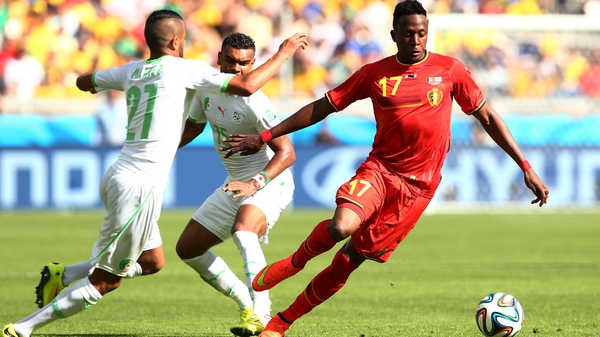 Liverpool wait on Lille over Origi