The Irish ran out 4-1 winners against in a match where O’Neill replaced the entire XI which started the 1-0 defeat to Scotland in last Friday’s European qualifier.

Debutant David McGoldrick certainly made an impression and the Ipswich town player played his part in setting up two of the goals. Also making his debut was Derby County’s Cyrus Christie.

Robbie Brady’s brace, highlighted with a super free-kick late on, put the seal on the Irish victory.

Poland will be the visitors to Dublin when European qualification resumes on 29 March and the Irish manager will have much to ponder when picking the team, according to Given, who won his 127th cap against the States.

"He [Martin O'Neill] said before the game ‘give me some headaches"

Speaking to RTÉ Sport, the Donegal netminder said: “In a squad it’s important to keep everyone happy. It now gives Martin [O'Neill] a headache because they were some good performances against the USA

"He’s got to pick the team for the Poland game. He said before the game ‘give me some headaches’. It was up to the players who played to give him that. In fairness the team played really well.”

Referring back to last week’s defeat against the Scots, Given felt Ireland could have nicked a point. However, he, like the rest of squad, is hoping that home advantage will count when Scotland, Poland and Germany come to the Aviva in 2015.

"We got done on one set play against the Scots and we could have scored in the last minute after hitting the crossbar," he added.

"At this level, the margins are so slim and so tiny.

"We got some big games coming up at the Aviva and we’ve got to make it count. Those games will decide whether we qualify or not for France."

Dunphy & Sadlier on the Ireland 'circus' 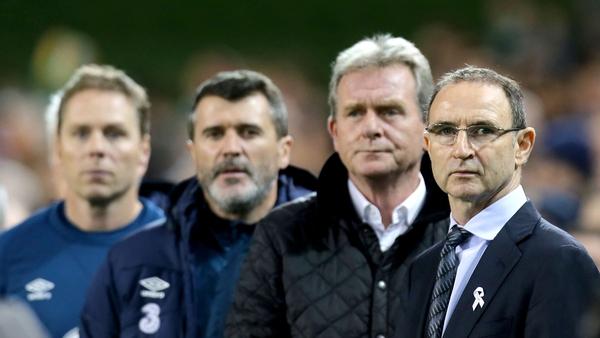