The English Premier League has always gone on hiatus for international week and these days the Championship follows suit and takes a weekend off.

And no surprise really when you look at the squads. Ireland travelled to Scotland on Friday to take on the Scots at Celtic Park. Ten of the 22 on the pitch at the start of the game now ply their trade in the English second tier, with many more on the bench.

So with the entire Ireland squad on international duty, it’s slim pickings for the round-up this week.

Now the phrase international weekend is rarely uttered in Bradford or Preston, but where there is football being played, there is an Irishman hanging around with his boots and shin-guards looking for a game.

Former Spurs midfielder Mark Yeates grabbed the late winner for Bradford with a fine curling effort as the Bantams enjoyed a shock 2-1 away win at Deepdale. Billy Clarke also started for Bradford, and Alan Sheehan was on the bench. Alan Browne played for Preston, who dropped out of the automatic promotion places.

The Scunthorpe match at the weekend was actually postponed as their opponents MK Dons had three players away on international duty, so it was a free weekend for the Irish trio Eddie Nolan, Niall Canavan and one-time Ireland striker Paddy Madden. Likewise, for Dons duo Darren Potter and Samir Carruthers.

League 1 leaders Bristol City also suffered a defeat as both Derrick Williams and Greg Cunningham featured as Swindon took the honours in the West Country derby. 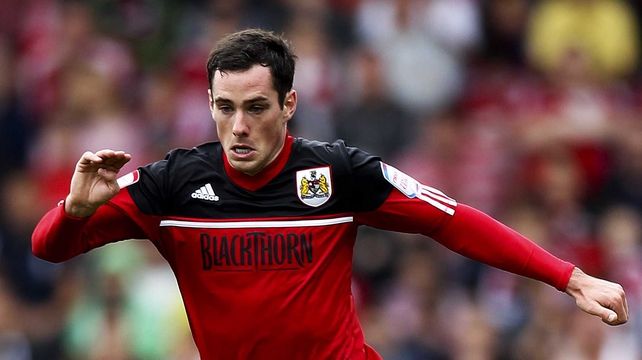 It was another weekend to forget for Yeovil’s Irish contingent, Kevin Dawson, James Berrett and Sam Foley as the bottom-placed club went down at home to Fleetwood.

Conor Hourihane scored from the spot as Barnsley pushed up the table with a 3-2 win against Colchester, while former Ireland international Keith Treacy was on the bench for the Tykes.

League 1 top scorer Eoin Doyle almost added to his impressive tally for Chesterfield but the match away to Crewe finished scoreless with Jimmy Ryan and Jay O’Shea also playing for Paul Cook’s side.

It was a bitter-sweet weekend for Sheffield United’s Paddy McCarthy who saw red at the weekend but the sending off appeared to galvanise the Blades’ 10 men as Scotland's Jamie Murphy crashed home the only goal of the game at Doncaster shortly afterwards. 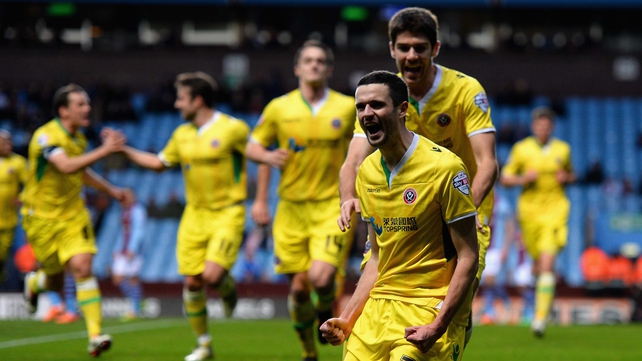 Michael Doyle was dropped for the Blades but ended up playing 70-odd minutes as he was introduced early for the injured James Wallace.

John Egan played the full 90 as Gillingham came out on top in a five-goal thriller against Leyton Orient to move out of the relegation zone, while Dave Mooney was a sub for the visitors but couldn’t prevent his side from losing after coming on just before half-time.

Notts County are maintaining their push for promotion to the Championship and novice manager Shaun Derry appears to be having great influence on his players and it paid off again at the weekend as the Magpies beat Coventry away from home 1-0.

Former Ireland Under-21 international, Ronan Murray from Belmullet is looking to regain his form from the end of last season, which helped keep County in the division and he started at the Ricoh Arena and set up Garry Thompson to grab the only goal of the game.

The Scottish Championship had a full set of fixtures this weekend and there was one particular appearance of note from an Irish point of view. Dubliner Jon Daly continued his return from injury, coming on in the 59th minute for Rangers against Alloa at Ibrox

However the former Cherry Orchard player - who of course made headlines last year as the first Irish Catholic from the Republic of Ireland to play for Rangers - was not able to inspire the home side. They slumped to a 1-1 draw - a result which may prove a blow to their title hopes as it now leaves them six points behind leaders Hearts.

The former Cobh Ramblers defender’s side sit third in the Hero Indian Super League, one point off the leaders Atletico de Kolkata.

Big thanks to the 41k fans that came last nite,disappointed not to hav won but onwards & upwards! #IndianSuperLeague pic.twitter.com/Ee51x0BuZz

In Australia, Andy Keogh was involved for Perth Glory as they beat Western Sydney Wanderers 2-1 in the A League, while Damien Duff played the full match and picked up a booking in Melbourne City’s 2-2 draw with Central Coast Mariners.

Liam Miller also played the full match for Melbourne but his short-term contract was only for one match and it remains to be seen if the Cork man will be kept on for the remainder of the season. 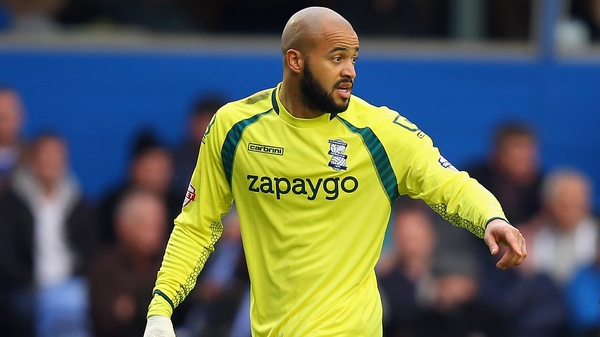