Rafael Benitez has refused to confirm that he will be in charge of Napoli at the start of next season, but insisted that if he isn't it won't be down "to money or signings".

The Spaniard's current contract expires at the end of the campaign and the former Liverpool manager is seemingly in no rush to sign a new deal.

"Experience tells me we have to work on the current project," Benitez told La Gazzetta dello Sport.

"I often speak with (sporting director) Riccardo Bigon, and I always say to (owner, Aurelio) De Laurentiis that he must ensure the future of the club regardless of myself.

"The problem isn't the renewal, but sharing the same vision, it's not a question of money or signings.

"We need to work to see if we can win together going forward or not, and then we'll see.

"My family are away from me, my wife and two daughters live in Liverpool. It's the first time I haven't had them with me, it's not easy.

"De Laurentiis knows how important my family values are to me."

Napoli made a poor start to the season losing two of their opening three Serie A games but are unbeaten since and find themselves in third, seven points off leaders Juventus.

"I don't want to be boring, but I'm taking it one game at a time," Benitez added.

"Otherwise you run the risk of not doing on the park what you say you'll do off it and then everything becomes more difficult.

"At the moment we're third, and looking ahead I'm not saying we can't do more, but we have to do it week-by-week." 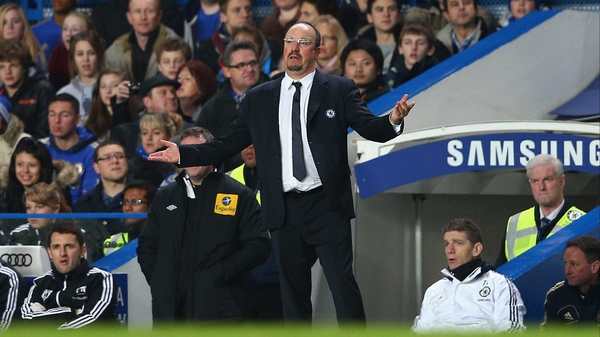