Van Gaal's appointment was greeted with great fanfare at Old Trafford, but after 10 matches United are 10th in the Barclays Premier League.

"It's not good enough," the United boss said when asked to evaluate his team's start to the season. "I feel lousy."

Van Gaal has garnered just 13 points so far even though United had a favourable run of fixtures at the start of the season.

His predecessor David Moyes, who lasted just 10 months in the job, had 17 points at this stage last season.

Van Gaal added: "I feel, myself, very lousy for the fans firstly, but also for the board because they have a great belief in me and my players and my staff and when you have 13 points out of 10 matches you are not doing well."

And Van Gaal has warned concerned United fans it may take a long time before he finds a winning formula with his squad.

"We are in a process and that process shall take more than one year," said the Dutchman, who was given a three-year contract this summer.

"It shall take three years, I hope, because that is always dependable from a lot of aspects, but I think it shall be and we shall make it happen that we shall win a lot of matches in a row."

"We are in a process and that process shall take more than one year."

Marcos Rojo, a £16million buy from Sporting Lisbon, dislocated his left shoulder in the 1-0 defeat to Manchester City.

And the Argentina international could now be out for a number of weeks.

Two specialists have assessed Rojo's injury this week. If all goes well with the defender's recovery he will be out for six weeks. But if not, he could be out until the last week of January.

And even when he returns, there is a chance his shoulder could dislocate easily again.

"We don't need to operate on him, which is a relief," Van Gaal said.

"But with this injury it is very difficult that it shall not happen again. And that is the problem.

"Yesterday evening a specialist said a conservative way to heal it is maybe best. We have always a risk that it happens again.

"Conservatively, it can be less than six weeks. If we have to operate, 12 weeks." 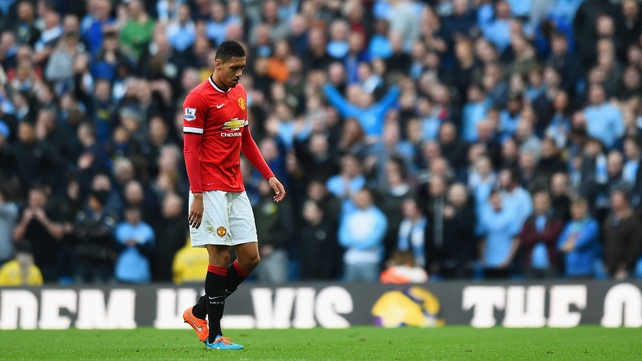 The injury could not have come at a worse time for the United manager.

Chris Smalling (above) is suspended for this Saturday's game against Crystal Palace (1500) because of his silly dismissal in the derby.

Jonny Evans and Phil Jones are also unavailable because of their respective ankle and shin injuries.

Van Gaal was giving little away about the potential make up of his back line for Saturday's game, but it is likely that Michael Carrick will have to play at centre-back alongside teenager Paddy McNair or the equally inexperienced Tyler Blackett.

"Maybe I will train (with Carrick at centre-back) today also and I can change my mind, I have to solve that problem."

When asked whether he would enter the transfer market for a defender in January, Van Gaal, who has been linked with Aston Villa's centre-back Ron Vlaar, said: "It is clear that a lot of things happen and you can judge better in good times than you can in bad times.

"Maybe you are right (about buying in January) but we have to see that."

Van Gaal also has injury problems up front. Radamel Falcao has missed the last two games after receiving a kick in training and he looks set to miss the Palace game on Saturday too, much to his manager's dismay.

But the Dutchman is refusing to get too downbeat about the Colombian, who has scored just one goal since his dramatic deadline day loan move from Monaco. 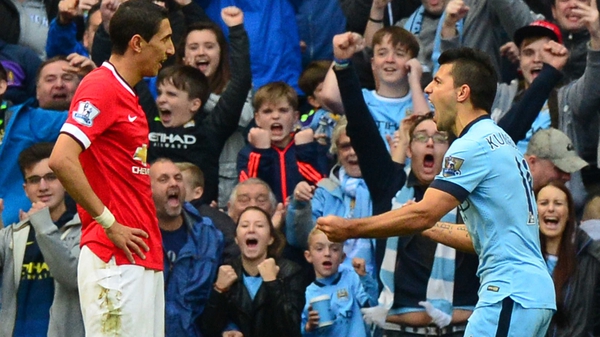