Liverpool manager Brendan Rodgers has defended his decision to rest several of his star names for their 1-0 defeat to Real Madrid at the Bernabeu.

Rodgers made the bold call to leave the likes of captain Steven Gerrard, Raheem Sterling and Mario Balotelli on the bench.

In the event, the Reds were much more competitive than they had been at Anfield two weeks ago.

They still came away with nothing thanks to Karim Benzema's strike in a 1-0 win for Real, and Rodgers received criticism prior to kick-off for his selection, but he said on ITV: "I knew what I was doing.

"You've seen how good they [the Liverpool players] were tonight. We're obviously disappointed with the result because the bottom line is we lost but, to come to a stadium like this where they're winning threes and fours against teams like Barcelona and to keep the game close right to the very end, showed the quality of our performance.

"We knew we would have to defend well but we also had the courage to play. We're very proud of the team."

Liverpool sit third in Group B but will qualify for the knockout stages if they beat Ludogorets and Basel in their next two games.

"That's what we looked at. We knew we'd have to beat Ludogorets away and then we were hoping it would come down to the last game against Basel at home.

"That hopefully will be the case. At least it's in our hands and that's something we'll aim to do."

Midfielder Adam Lallana, who was one of the players to come in to the starting line-up, said: "We went out there to prove a point” and that he was frustrated but encouraged.

"We had a couple of half chances and we were always in it until the last minute.

"We knew it would be a difficult place to come but we showed we've got fight and we're still in the competition. We've got to win the last two games. We know it's going to be tough." 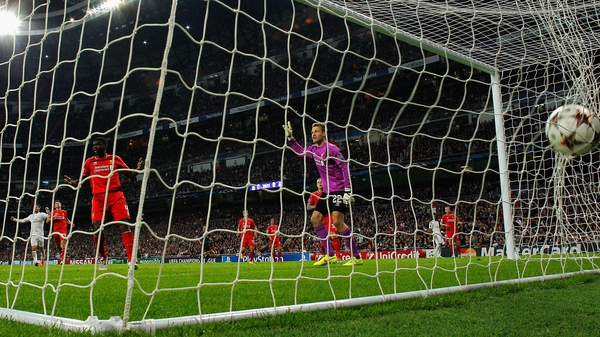