The Gunners scored twice in the last three minutes to win 2-1 in the reverse fixture a fortnight ago and Anderlecht exacted sweet revenge with an incredible second-half comeback at the Emirates Stadium.

Mikel Arteta's penalty and Alexis Sanchez's brilliant volley put the hosts firmly in the driving seat at half-time before Alex Oxlade-Chamberlain looked to have sealed all three points with a third early in the second half.

Anthony Vanden Borre gave the visitors hope just after the hour with a close-range header and the former Portsmouth defender then added another from the penalty spot to make it 3-2.

Anderlecht poured forward in the last 10 minutes and finally got the equaliser their courage deserved as substitute Aleksandar Mitrovic headed home in the 90th minute. 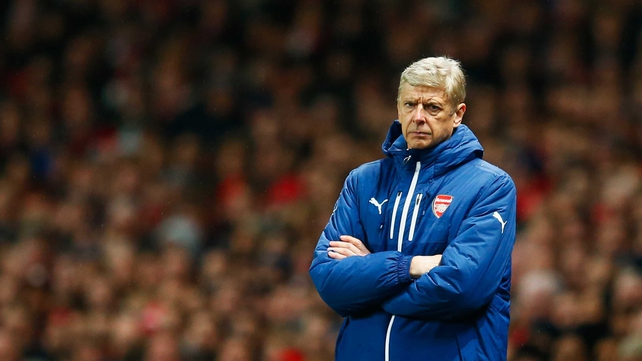 A victory for the Gunners would have guaranteed their place in the knockout stages after Borussia Dortmund thrashed Galatasaray 4-1 in Germany.

Arsenal remain second and in a strong position to qualify from Group D but their chances of going through as pool winners are all but over as they now trail Dortmund by five points with two games to play.

That will be a particular blow to Arsene Wenger's side, who would have been eager to top the group having qualified second in three of the past four seasons before losing in the last 16 on each occasion.

Arsenal host Dortmund next before an awkward final group fixture away to Galatasaray.