Manchester City defender Aleksandar Kolarov has been ruled out for a month with a calf injury, manager Manuel Pellegrini has revealed.

The Serbia left-back was injured in the warm-up prior to Sunday's derby victory over Manchester United at the Etihad Stadium.

Kolarov is now set to miss Champions League fixtures against CSKA Moscow and Bayern Munich as well as Premier League games against QPR, Swansea and Southampton this month. 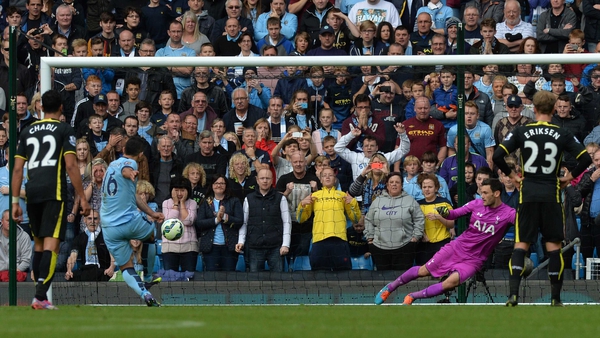