Scottish Football Association president Campbell Ogilvie has reiterated that there will be no more tickets made available to Republic of Ireland supporters for the upcoming European Championship qualifier against Scotland at Celtic Park.

The Football Association of Ireland is unhappy with their allocation of 3,209 tickets for the Group D match on 14 November and released a statement saying: "It is particularly disappointing that the Scottish FA is continuing to sell tickets on its website after they had told us that the match was sold out.

"Many of these tickets are now being taken up by Irish supporters out of desperation, a situation that could be resolved easily by providing adequate numbers of away tickets in a designated Irish section of the stadium."

The Scottish FA released a statement of its own last week stating that it has "fulfilled our obligated allocation."

And speaking at Hampden Park, Ogilvie was asked if there was any wriggle room with regards tickets for the Irish fans.

"No," he said. "At at the moment the game is almost a sell-out, that's where we are.

"We are working with hundreds of tickets in the restricted view areas. There are no other tickets that we can issue to the Republic of Ireland.

"From the outset we gave them the percentage requirement through the UEFA rules. There is no room for manoeuvre."

Asked about the possibility of Irish fans getting their hands on tickets for other parts of the stadium, Ogilvie said: "We'll manage the situation. I think there are two things here.

"There is a possibility that some Irish fans have bought tickets in some areas of the ground.

"We'll work with authorities to make sure there is no issues. I think we've got to look at the positives.

"I'd like to think that we have supporters from both teams who can come to a game together.

"When we go abroad it's not unusual for our supporters to be scattered around the stadium and there are no problems there so I would like that to see transmitted back here for the Republic game.

"I understand where they are coming from but, in your words, there is no wriggle room." 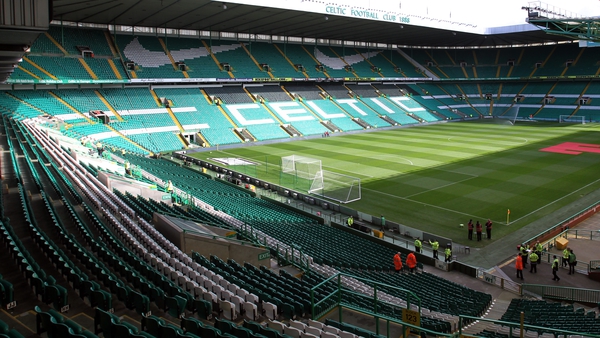