Aston Villa chief Paul Lambert insists Christian Benteke will learn from his red card after his dismissal against Tottenham.

The striker was sent off for the second time in his Villa career after he pushed Ryan Mason in the face.

It turned the game and two goals in the final six minutes from Nacer Chadli and Harry Kane clinched a 2-1 Premier League victory for Spurs.

Villa had earlier ended their 547-minute goal drought when Andreas Weimann opened the scoring on Sunday.

Lambert felt Benteke had been provoked by Mason but believes he will learn.

"He will because he is only 23 and only been here a few years. He missed a lot of last year and he'll learn as he gets older," he said.

"I don't think they could handle him and he is getting better, there's no two ways about it. Slowly but surely. It's a blow."

"I don't think they could handle him"

Lambert thought Mason should have also been dismissed after he looked to press his head against Benteke's but the manager will not talk to referee Neil Swarbrick.

"Last time I did that I was a bit lighter in the pocket," he added.

Defeat left Villa 15th in the league and they have scored just five goals in 10 games this season.

But Lambert, who takes Villa to West Ham on Saturday, insisted he was still proud of his team.

"I thought we played ever so well, it has been relentless but they didn't look like a team low on confidence," he said.

"On Monday (a 2-0 defeat to QPR) we played some good football but conceded two poor goals. There were so many positives but one disappointment.

"We were up against a good side but I thought we looked like the team likely to score but the way things are going sometimes things go against you.

"Performance-wise I could not have asked for more. It's a great football club and the pleasing thing for me is the fans have come and seen a team who gave them everything.

"I don't think we deserved that, I thought we were excellent. We started well, Benteke and Charles N'Zogbia were excellent and Weimann was full of energy." 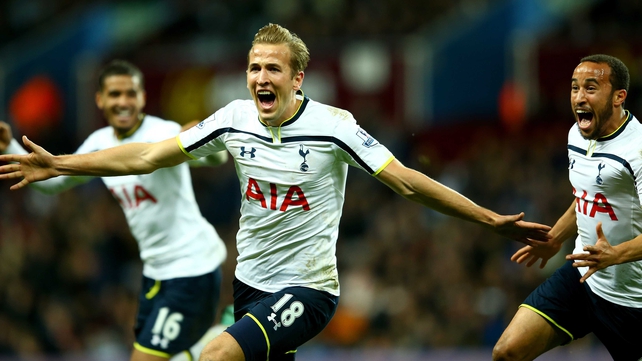 Victory lifted Spurs up to eighth, three points adrift of the top four, to ease any growing pressure on boss Mauricio Pochettino, who has now won twice in eight league games.

"I am happy and always smile, football is a game - it's a business too - but all my life is about football," he said.

"You need to work hard and when you are in a tough moment you have to be calm and strong.

"I don't feel the pressure and I understand the job. We need to look forward. We are in a good position." 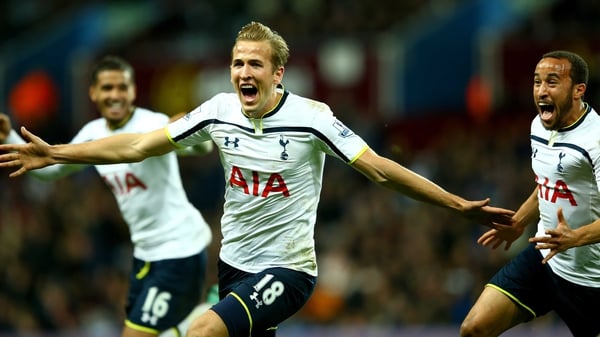 Spurs come from behind to pile pain on Villa