Paddy Barrett and Ryan Manning scored late, late goals to leave Galway FC on the verge of a fairytale promotion to the Premier Division in their first year of existence.

Trailing to Timmy Molloy’s first half lead, Galway deservedly turned the game on its head - though they left it till the death to do so.

Central defender Barrett levelled on 89 minutes when his header from Marc Ludden’s long throw was adjudged to have crossed the line by assistant referee Emmet Dynan.

Manning then won it on the night for Galway in the first minute of added time. Ryan Connolly’s corner wasn’t dealt with by the UCD defence and 18-year-old Manning drilled a low shot to the net.

It might have been all over ahead of the second leg on Friday a minute later but for a brilliant save with his feet by Conor O’Donnell from Gary Shanahan.

Though Galway were bright and inventive in the early exchanges it was UCD who struck for the lead against the run of play on 18 minutes.

Conor Cannon laid the ball off for Molloy and the Galway-born winger’s crisp right-foot shot flew into the far bottom corner of Conor Gleeson’s net. 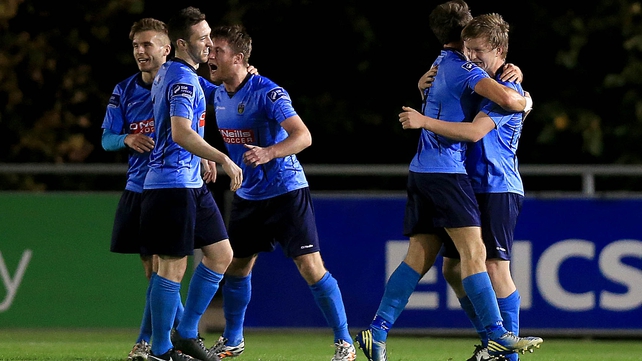 Only the bravery of O’Donnell prevented Galway levelling within three minutes as the UCD ’keeper made a point-blank stop to deprive Shanahan who’d been smartly played in by Manning.

An alert save at the other end from Gleeson prevented UCD stretching their lead when he punched away a cracking drive from Cannon.

Galway had plenty of purpose about them from the restart but only began to really turn the screws on the home defence in the final quarter.

Home defender Hugh Douglas got across well to make a crunching last-ditched tackle on Manning.

From Connolly’s corner, O’Donnell produced the save of the match when clawing Stephen Walsh’s header onto the bar before the ball was scrambled clear.

Their leading scorer, Jake Keegan, who’d been quiet all night, then wasted a glorious chance on 83 minutes.

Put through by Barrett, Keegan skied over the top with only O’Donnell to beat before it all fell into place for the Tribesmen in the dying minutes. 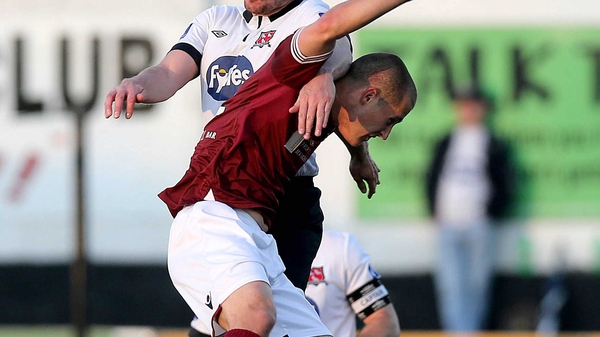