Conor Cannon’s superbly finished first-half goal was enough to bring UCD’s Premier Division survival hopes into the final week of the season after a 1-0 win over Drogheda United.

Aaron Callaghan’s side now face Galway FC in the promotion/relegation play-off final with the first leg back at the UCD Bowl on Monday and the return at Eamonn Deacy Park on Friday to decide if they’ll have a sixth successive season in the top flight next year.

But it was Drogheda who produced the first incisive move of the game on the half hour. Gavan Holohan and captain Declan O’Brien combining to tee up Stephen Maher, who shot wide.

Benson was narrowly over the top back at the other end before UCD struck for the deciding goal on 39 minutes.

Cannon collected Gary Burke’s ball in from the left to delightfully turn off his marker before drilling a low shot to the far corner of Connolly’s net.

Conor O’Donnell kept UCD in front with the stop of the first half on 43 minutes when bravely saving at the feet of Gary O’Neill.

Benson then ought to have added to UCD’s lead in first-half stoppage time but miscued at the final moment after a one-two with Cannon put him clean through on goal.

Cannon was inches from doubling UCD’s lead on 56 minutes when he shot against a post after Benson appeared to have been hauled down in the area.

A menace to the Drogheda defence all night, Cannon wasn’t far off again on 77 minutes when blasting narrowly wide from distance.

O’Donnell then ensured UCD’s win with his second telling stop of the night from Holohan on 84 minutes. 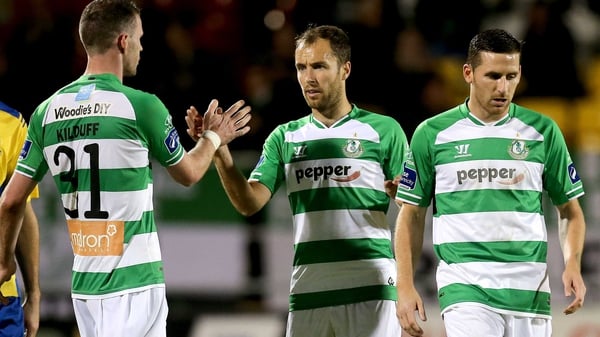 Hoops impress in victory over Drogs