UEFA has dropped its disciplinary proceedings against Arsenal relating to their Champions League meeting with Galatasaray earlier this month.

The London club were charged with "insufficient organisation (lack of body searching)" after fireworks and missiles were thrown on to the Emirates Stadium pitch during a 4-1 home win on 1 October.

A statement published by European football's governing body on Monday confirmed disciplinary proceedings against Arsenal had been closed, while Galatasaray have been fined €50,000.

The statement added: "The Turkish team have also been ordered to contact Arsenal FC within 30 days for the settlement of the damages caused by its supporters." 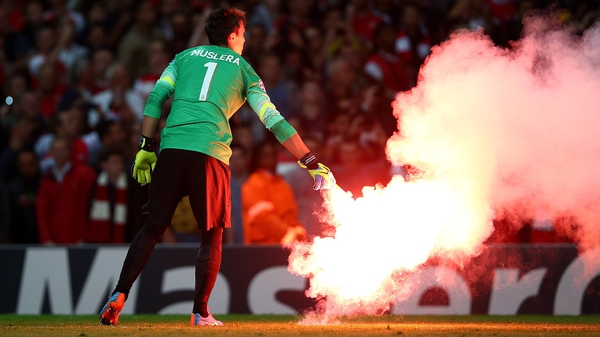