RTÉ analyst Eamon Dunphy has defended his stance on the Republic of Ireland’s performance last night, saying Martin O’Neill’s side had great heart and gumption but need to further their ambitions over 90 minutes.

John O’Shea secured a famous 1-1 draw for Ireland in Gelsenkirchen, denying the World Cup holders victory and it leaves Martin O’Neill’s side in a fantastic position in Euro 2016 qualifying Group D.

Dunphy, along with fellow analysts Liam Brady and John Giles, hailed the result, but stated that Ireland should have been more adventurous prior to going 1-0 down through Toni Kroos’ opener.

He told RTÉ Sport this morning: “The last 20 minutes we really played with purpose. We gave James McClean plenty of ball and he was dangerous. McGeady played in his right position.

“We brought on Darron Gibson who is a much better footballer than Glenn Whelan. That was a pivotal moment in the match when Whelan went off.

“Germany didn't go forward. They started passing the ball square and backwards and playing out time. That was a mistake.

“We still had to have the gumption and the heart to take advantage of that. We had to press them high up the field and go forward with real intent which is what we did. But for 70 minutes we looked a pretty average side. It was the same thing as Trapattoni was doing.

“I can't stand this talking down of our own players. It's wrong. They are some very good players. The Wes Hoolahan issue isn't going to go away.

“Martin O'Neill has more or less said now that he is a player for the Aviva Stadium. We have a team for the home matches maybe and a team for the away matches. We didn't play well in Georgia either.

“We got out of jail there with a piece of individual brilliance from Aiden McGeady. If you are doing your job properly as an analyst, sometimes people won't like it. It is not a job you can allow your emotions to get in the way of the facts.”

Group D is well-poised after three matches with Germany’s expected qualification as group winners no longer as certain as previously thought.

Ireland travel to Scotland next month in another challenging away game and Dunphy feels a positive result could put O’Neill’s men in an extremely strong position.

“The defeat of Germany by Poland on Saturday night definitely has changed the dynamic. Scotland went and got a very good result in Poland. It's an open group now.

“Most people assume Germany will come back and recover and win the group but I wouldn't be so sure. They have to go to Scotland and come to us and their confidence will be badly rattled.

“We have a big match at Celtic Park in a month. If we get something there we will be well-placed to qualify automatically. But it will require a shift in Martin O'Neill's tactics and thought-processes.

“There's no use fooling ourselves and I think Liam Brady and John Giles would agree with me and other people in the game. Pat Fenlon, who is someone highly respected in Irish football, pointed out Wes Hoolahan's strengths, and not just on the ball but working hard at getting it back.

“That has to be rectified if we are to qualify automatically. There are issues there and if we are blinded by that great finish last night to what happened over 94 minutes, then we're making a mistake.” 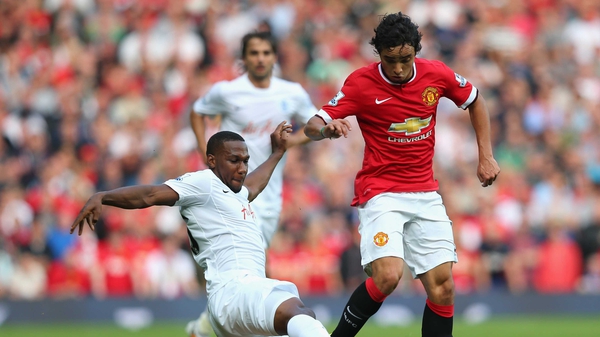