Pat Fenlon has backed Dundalk to come out on top in the SSE Airtricity League title race despite seeing his Shamrock Rovers side hold the Lilywhites to a 0-0 draw in Oriel Park last night.

The Hoops could have taken all three points but Ryan Brennan skied a penalty in the Dundalk sky, although they were fortunate not to see a spot-kick awarded to the home side when Simon Madden appeared to handle the ball in his penalty box in the final minute.

Fenlon think Dundalk will be able to get the points needed to claim the crowd.

He told RTÉ: "I think they will take a bit of beating. The fixtures are decent for them. Obviously it's the last day of the season everyone will look at. Bohs are playing well - they have to go to Cork. Dundalk have to go to Bray who are scraping for points.

“Things can change again this weekend and you could be looking into the last week of the season being really good. Good luck to whoever wins it to be honest and personally I think Dundalk have enough to get over the line.” 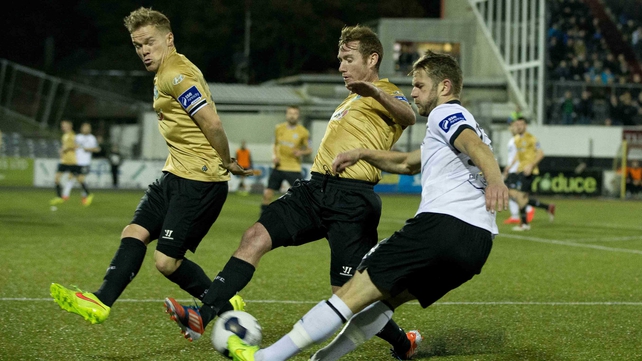 Fenlon was unhappy with the performance of referee Rob Rogers and felt his side should have been awarded more than the 76th minute spot-kick.

“We had one definitely in the first half for a handball, then in the second half one with Karl Sheppard and maybe one for Marty Waters where he was kicked in the head and nothing was given.

"They had the claim late on with Simon's handball. We had five or six players booked in the game as well, it's ridiculous, there wasn't a bad tackle in the game.”"

The Hoops were completing a tiring schedule last night, a run of four matches in eight days, and completing one of the most hectic four-week periods in Fenlon’s managerial career.

He said he was pleased with the Hoops performance in those circumstances.

“I thought there was great character and some good football as well. We defended well when we had to and all in all I thought it was a decent performance from us.

“We're disappointed to miss a penalty but these things happen and we just have to dust ourselves down and go again on Friday.

“We've had a lot of games, four in eight days, so the players have to take great credit to keep going for that.”

The results means Rovers will finish in fourth spot in the league, with St Pat’s six points clear and having a superior goal difference with two matches remaining.

Looking ahead to his first full season in charge at Tallaght Stadium, the ex-Hibernian boss said he will make changes to ensure they are challenging further up the table next year.

He concluded: “We'll make sure we're not that far off come the off-season. We have some good players at the club, a lot of good young players, some good pros as well so we have to look at the squad. Europe will be a help to us if we can get there. If Pat's can win the Cup it gives us the chance to be in Europe.

"That will help from a financial point of view as well. But we need to strengthen. We're fourth in the league for a reason because that is where we are and the other three ahead of us are were better this season.” 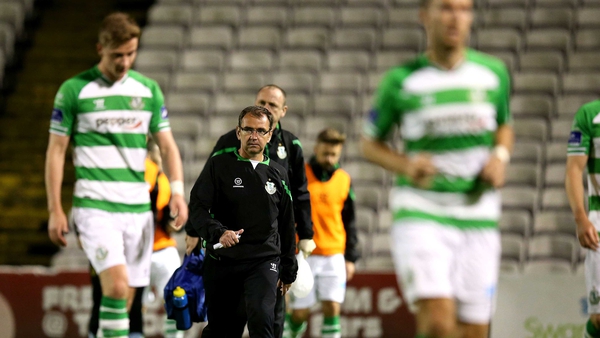