Ten-man Wales survived a red card two minutes into the second half to record a precious Euro 2016 qualifying victory over Cyprus in Cardiff.

Midfielder Andy King was given a straight red for a reckless tackle on Cyprus captain Constantinos Makridis but Wales clung on to their 2-1 lead to stay top of Group B.

Substitute David Cotterill and Hal Robson-Kanu had fired Wales into a two-goal lead inside 23 minutes before Vincent Laban pulled one back for Cyprus before half-time.

"It was a great start, we came out of the blocks and got the start," Bale told Sky Sports 5.

"We made a little mistake off a set-piece (for the Cyprus goal) but you can see how much the lads want it. We're fighting for each other and the team spirit is amazing.

"The fans were unbelievable.

"We worked hard and covered every blade of grass and showed how much we wanted it.

"It's a great place to be. It'll be a big game against Belgium and we'll go there full of confidence."

Team-mate George Williams added: "I loved it. It was a great team performance." 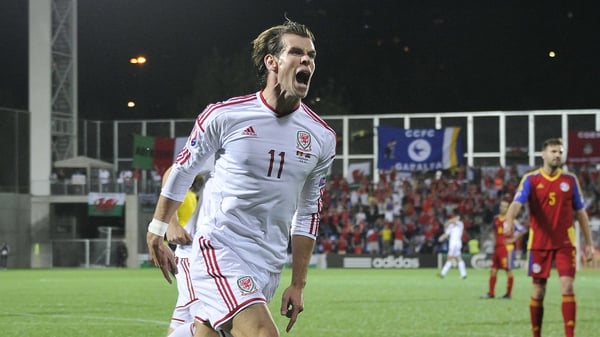