Republic of Ireland midfielder Stephen Quinn has stressed the power of perseverance ahead of the Euro 2016 qualifiers against Gibraltar and Germany.

Quinn and his team-mates face minnows Gibraltar on Saturday at 5pm before a daunting trip to Gelsenkirchen to face world champions Germany at 7.45pm on Tuesday.

The Hull star had to wait until June last year for his first senior cap, aged 27, and it was a further 15 months before he was handed his first recognised start in the qualifier against Georgia.

However, Quinn seized the chance and his performance in the 2-1 victory in Tbilisi has done wonders for the confidence of a player who almost quit the game following the death of both his parents in his early twenties.

"It's great getting that first qualifying game under my belt," said the former Sheffield United midfielder.

"I think everyone knows how much that meant to me with my parents passing. It was a proud moment for the family and me. I'd worked so hard to get there and I was 28 when I was getting my first qualifying game, so it was a hard road, it was a long road, but I never doubted myself."

Quinn's story is motivation for any player frustrated at being overlooked at international level, and he offered words of encouragement for others in that situation.

He said: "You can never give up on it.

"There's plenty of lads that would give an arm and a leg to put the green jersey on, so you just have to dig deep and keep going. The chance will come if you just keep plugging away and working hard on your game."

The win in Georgia, courtesy of two goals from Aiden McGeady, set Ireland up nicely for this month's qualifying double-header.

Quinn admits Gibraltar are something of an unknown quantity, although he expects them to park the proverbial bus in Dublin after opening Group D - and their first ever European Championship qualifying campaign - with an unhappy 7-0 drubbing against Poland.

"We don't know too much about Gibraltar," he said, before stressing that Ireland cannot give in to irritation if the goals do not arrive straight away.

Quinn also believes McGeady, whose late goal secured last month's win in Georgia, will again be the man to watch as they look to build some momentum ahead of next week's visit to Gelsenkirchen.

He said: "Aiden McGeady can unlock any defence so he's a real key man for us. And Aiden's on fire at the minute, I'm sure he's looking forward to this.

"It would be great to get an early goal but if not we've got to be patient. We have to use the ball and come up with a tactic that can break them down over the course of the 90.

"We've got some fit players and hopefully they'll tire and we can get some goals. We've got to get a good result going into the Germany game." 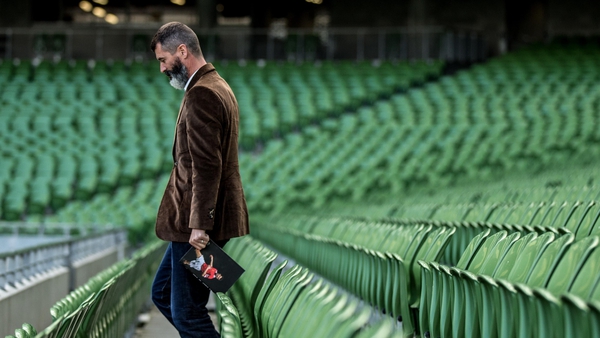 Keane regrets taking ‘eye off the ball’ over Ireland